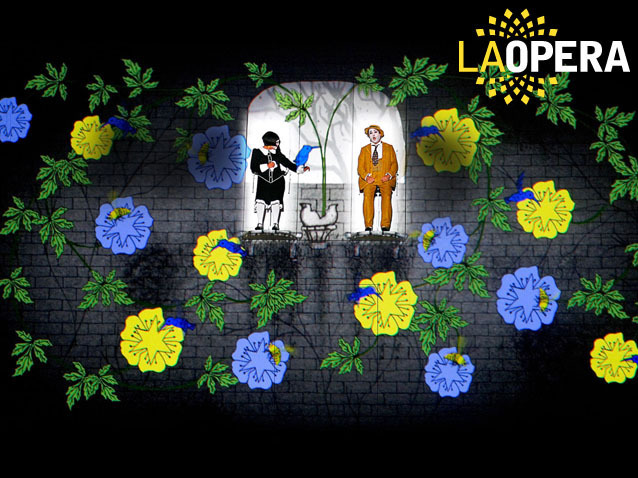 Presented in co-production with Minnesota Opera. A production of the Komische Oper Berlin.

A celebration of true love conquering all, The Magic Flute transports us into an enchanted world where good faces the forces of darkness. Under the masterful baton of James Conlon, LA Opera presents a highly anticipated revival of a production that created a sensation in our 2013/14 season.

Director Barrie Kosky created the staging in combination with the British theater group “1927," whose humorous shows have thrilled audiences all over the world with their interaction between film animation and live-performing actors. Packed with exquisite singing and stage wizardry, Mozart's delightful blend of high comedy and serious drama enchants young and old alike.