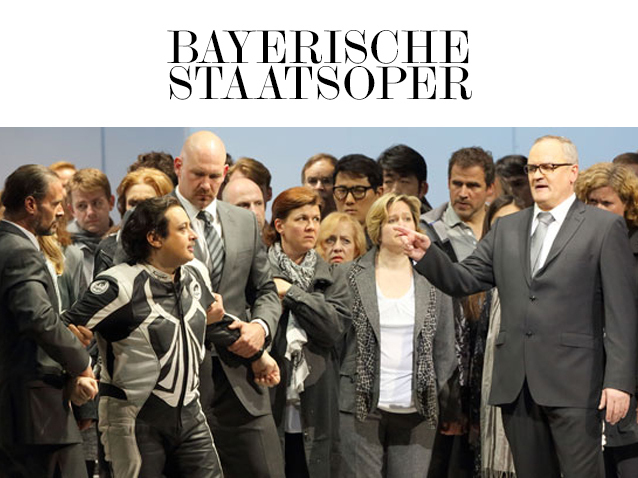 In coproduction with English National Opera.

"Although it should no longer be important in the City of Genoa – the Doge is elected by the people – entrenched party rivalry between the Patricians and the Plebeians is still strong. But the candidacy of Simon Boccanegra seems to offer the opportunity of reconciliation. He is elected Doge. And yet: he too becomes enmeshed in the tangle of family tragedies and power plays.

This is Verdi's most brittle work; its colours are dark, its feelings gloomy, its scenes – both public and private – brutal – yet it is full of the drive to love and freedom. Over 20 years were to pass following the unsuccessful first performance in 1857 before Verdi carried out a fundamental revision and reshaped the work completely with his new librettist Arrigo Boito. But in comparison with his Trilogia populare, the work suffered for a long time from the reputation of being inaccessible. Wrongly! Verdi said: "The piece is sombre, because it must be sombre, but it is enthralling!“