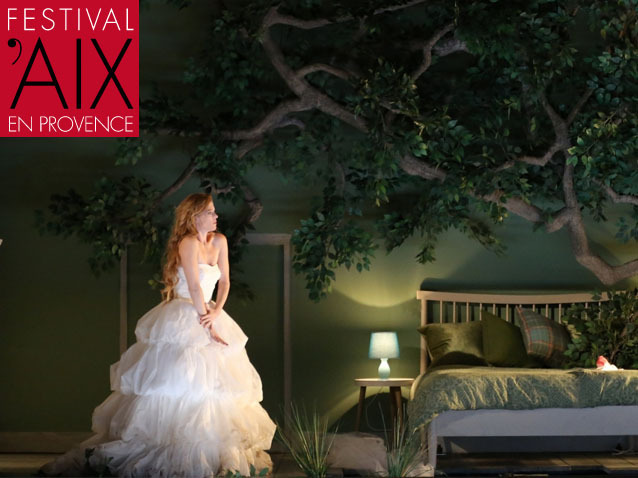 In a forest where he has lost his way, Golaud happens upon Mélisande. He marries her and takes her back home to the family castle. There, Mélisande gets to know Pelléas, Golaud’s half-brother. Something happens between them: “something that is stronger than I”, sighs Mélisande, and something that Golaud will struggle to make sense of – and that will ultimately lead to the tragedy. Set against a backdrop as old as the Western world itself, the symbolist writer Maurice Maeterlinck’s drama of light and shade inspired Claude Debussy to weave an opera steeped in mystery and shot through with silence. Katie Mitchell highlights the dreamlike realism of this masterpiece in a new production that is highly anticipated, not least for its interpretation by the Philharmonia Orchestra under the direction of Esa-Pekka Salonen. After the journey from Allemonde to Aix, the suffocating beauty of Pelléas et Mélisande remains intact.