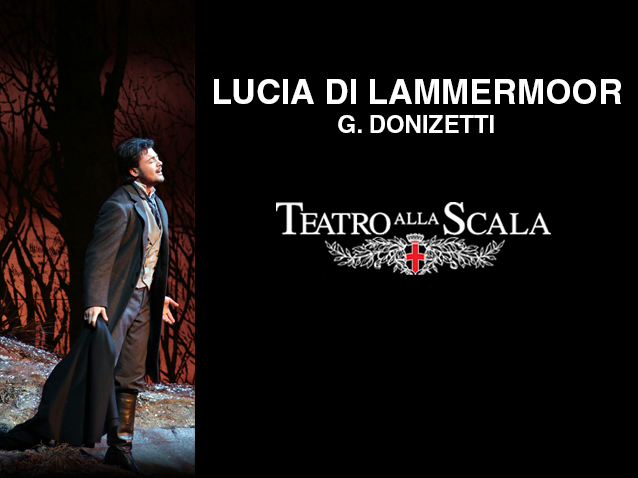 The mere presence of Diana Damrau – the highly acclaimed Violetta in the last Traviata –this time in the role of Donizetti’s fragile heroine, is enough justification for the title on the bill. Vittorio Grigolo already performed last season, but hearing him again with his new partner will be a treat. Elena Mosuc, well known to the audiances, will sing in some performances. The staging, managed by Mary Zimmermann and inspired by the mysterious true account from which Walter Scott drew the novel whose libretto, with its collection of hallucinations and spectres, was so widely praised. The pictorial elegance of the show admirably accompanied the drama of the madness of a mind that had undergone considerable psychological violence. The deformed world of Lucia’s pain, and of her brutally thwarted great romantic passion, is conveyed to the audience through a visual display that perfectly matches the passion of bel canto. With a cast that is always first-rate, Stefano Ranzani returns to the podium, having already conducted Lucia at La Scala in two successful productions in the Nineties.