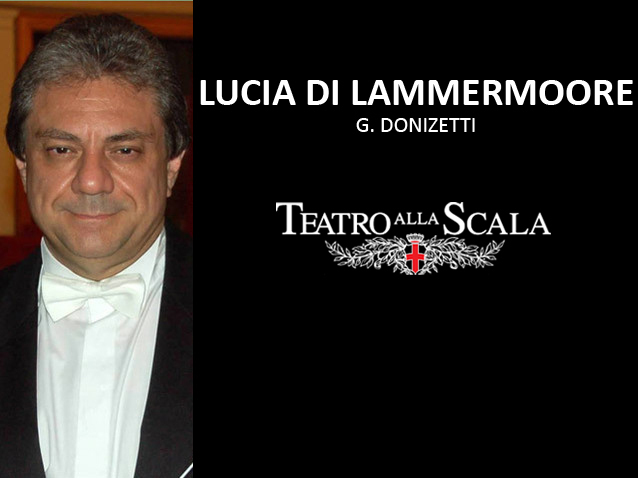 Production from the MET, New York

Donizetti called it a “tragic drama”, but everyone sees Lucia as the archetypal romantic Italian melodrama, in which a secret love is destroyed by an obtuse family rivalry. The well known adaptation of the legend of “Romeo and Juliet” from the novel by Walter Scott comes from the immortal verses of Salvatore Cammarano, the Neapolitan librettist who ended his career by writing Trovatore for Verdi. “Verranno a te sull’aure”, “Sulla tomba che rinserra” or “Tu che a Dio spiegasti l’ali” are verses engraved in the minds of opera lovers. Adding his artistic flair to the myriad of “maledizioni” [curses] and “belle morti” [beautiful deaths] of the character Edgardo will be one of the most popular Italian tenors in the world, Vittorio Grigolo, who returns to La Scala after last Season’s success in Rigoletto and La bohème. Russian coloratura soprano Albina Shagimuratova will be the angel-like heroine driven to madness by her family’s doggedness in preventing this love from flourishing. It will be directed by Mary Zimmerman and conducted by the experienced Pier Giorgio Morandi.