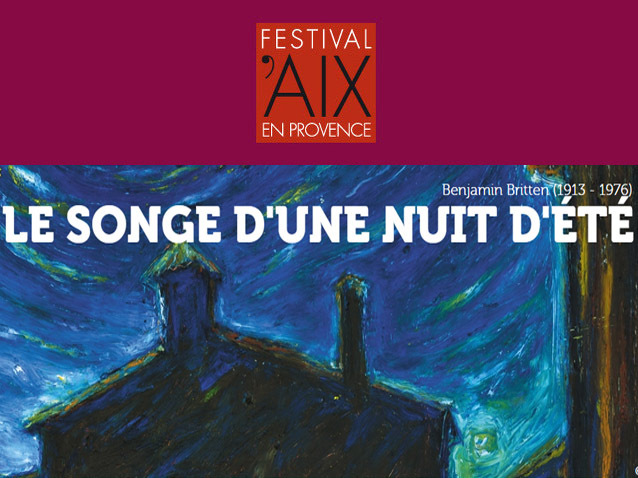 In a forest near Athens, during the night of the summer solstice, different worlds overlap. There is the realm of the fairies, disrupted by the discord that opposes King Oberon and Queen Tytania. But there are also four star-crossed lovers and a group of amateur artisans who are rehearsing a play outside the city. Thanks to the magic sap of a flower, the elf Puck sows seeds of havoc and causes unexpected encounters among all the characters. Harnessing the dreamy and sinuous developments of one of Shakespeare’s most cherished play, Benjamin Britten has written a spellbinding opera where each world is differentiated by unique musical material. Robert Carsen directed an enchanting production of this 20th century operatic masterpiece, which was a phenomenal success at the 1991 Festival before going on tour and conquering audiences around the world in 1992. It now returns to its birthplace, the courtyard of the Archeveché, where the summer nights are Provençal and dreams consumed al fresco.