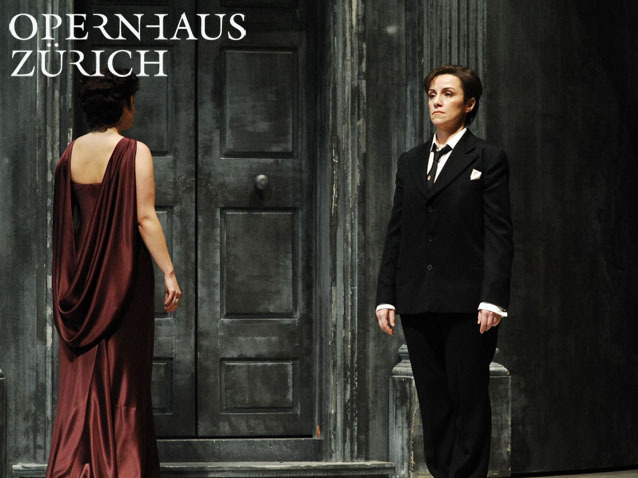 Empress Maria Luisa, consort of Leopold II of Austria, is said to have condemned Mozart’s La clemenza di Tito as a “porcheria tedesca” (German scandal). The Neapolitan princess was familiar with the Italian tradition of the opera seria, and the statement attributed to her makes clear how Mozart departed from convention in this opera, which he wrote in the last year of his life for the coronation of Leopold II’s coronation in Prague. While the path was being paved for the abolition of the monarchy in France, Mozart and his librettist radically shortened Pietro Metastasio’s libretto, which by then had already been set to music about forty times, and reduced the absolutist cosmos of power to a personal matter: the intrigue involving Vitellia, who feels rejected and goads her lover Sesto to murder the hated Roman emperor Titus, no longer focuses on the political chasm between sovereign and subject, but on a deeply human drama. Mozart’s score, which includes some of his most beautiful arias and ensembles, is thus also characterised by the most profound sensibility. In our revival production, Ramón Vargas sings Tito, while Marina Rebeka and Anna Stéphany début as Vitellia and Sesto respectively. Ottavio Dantone, who conducted our new Vivaldi production last season, will be at the rostrum.