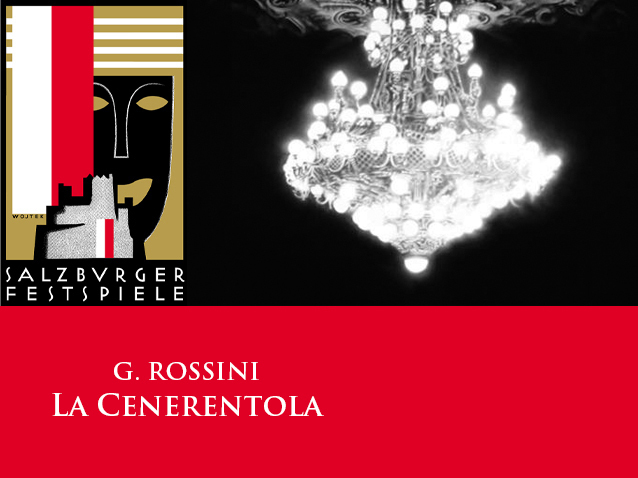 ‘My poor Cenerentola, an unexpected daughter and the fruit of so few days’ labour…’ Jacopo Ferretti’s preface to the first edition of his libretto to Rossini’s opera served partly to excuse the possible ‘mediocrity’ of the verses with the adverse circumstances in which they were written: problems with the censor and time pressure had obliged Ferretti to produce his libretto in twenty-two days and Rossini to set it to music – more or less simultaneously – in twenty-four days. La Cenerentola was premiered at the Teatro Valle in Rome on 25 January 1817. The librettist also counters potential expectations of an opera that was based on one of the oldest and most well-known fairytales. Thus Ferretti points out that the shoe lost by Cinderella in Charles Perrault’s famous version of the tale does not appear in the opera, nor is the title figure ‘accompanied by a sorcerer who conjures up phantasmagorias, or a talking cat’. Here he addresses the striking lack of supernatural elements, a feature that has often been attributed to the rational sceptic Rossini. But in fact magic or humanized animals had already been largely expunged from Nicolas Isouard’s opera Cendrillon (1810), the libretto of which doubtlessly served Ferretti as his model. Here too the good fairy is replaced by the figure of the wise Alidoro, the prince’s tutor, who helps him to find happiness.

Alidoro believes – whether from faith in Christian or En-lightenment values is not clear – in a higher form of justice. It is not least this figure that ensures the story retains its utopian and thus fairytale aspect, despite the lack of the supernatural element. The moral vision that is contingent on this utopia is expressed in the work’s sub-heading: ‘La bontà in trionfo’. In Rossini’s opera, good triumphs. While it satisfies our longing for a better world, it also gives us a mercilessly candid and comically exagger-ated picture of the status quo.

The initial situation is sketched realistically: ‘Half my mansion has already crumbled away, and the other is at its last gasp’, Don Magnifico complains to his daughters Clorinda and Tisbe, who could put an end to his precarious financial situation by marrying the prince, who is on the look-out for a bride. By contrast, Don Magni-fico’s step-daughter Cenerentola, whose real name is Angelina, is forced to live a miserable life as a servant. She accepts her fate patiently and consoles herself by singing a song (which her horrid sisters are sick of hearing) telling of her hero, a king wooed by three women: ‘What does he do? He scorns pomp and beauty, and in the end he chooses innocence and goodness.’

Angelina dreams not of a life as a princess but of love that is true and interested in the other person for his or her own sake. Rather like all of us, except that we then tend to deride this exclusive focus on ‘inner values’. After all, one simply cannot deny the appeal of visual attractiveness or affluence, social status or power… It is the latter things that Cenerentola’s step-sisters are after, and the pompous Don Magnifico already has definite visions of himself in an influential position at court: supplicants queuing for his favours, backhanders piling up in his coffers.

Social ambition distorts one’s view of reality: the prince, Don Ramiro, and his valet Dandini having swapped roles in order to test the character and hearts of his female suitors, the false prince has trouble beating off advances from Clorinda and Tisbe, while the true prince is promptly dismissed as having ‘a plebeian soul’ and ‘a vulgar air’. The play with disguise exposes the illusion and absurdity of all the goings-on, which Rossini sets to music with his distinctive wit and brilliance. Like his earlier opere buffe La Cenerentola also contains those moments of general perplexity that Rossini captures so superbly: with audible glee he combines the individual figures, frozen in astonishment like marionettes, to form perfectly organized ensembles which can escalate almost manically into a collective frenzy.

Even in the ensemble numbers Cenerentola always retains her own distinct voice. From her melancholy song onwards, the words of which prove prophetic, she is characterized by a sensitive inflection to which only Don Ramiro is attuned: when at their first encounter Cenerentola recognizes a kindred soul in the man she believes to be a servant, the two voices unite in a tender duet. Rossini later places the vocal virtuosity demanded by the subtle embellishments of this duet at the service of the heroic air with which Cenerentola makes her appearance at the castle. In this way the composer, who was only twenty-five at the time, combines the comic elements of opera buffa with touching sensitivity and even on occasion with expressive dimensions that we otherwise encounter only in his opere serie. It is this rich stylistic variety that makes La Cenerentola one of Rossini’s most appealing and also most humane operas.