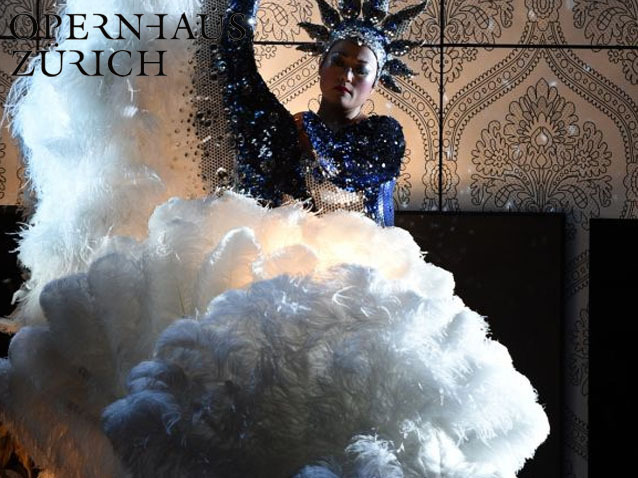 Mozart’s Magic Flute is full of ambiguities. As a favourite with audiences, it is intended simply to be fun. But at the same time, it is also about the great themes of human existence – love, solitude, the desire for death, and having to die; earthly pleasures and the highest ideals. It is at once a dreamily beautiful fairy tale, a sublime mystery play, and a hands-on, suburban Viennese comedy. Tatjana Gürbaca, director of Zurich Opera’s Magic Flute, took the dichotomy of the piece’s two opposing forces as the point of departure for her production: the world of the Queen of the Night is determined by magical powers, primeval natural forces and the freedom of the physical. In Sarastro’s realm, reason, order and virtuous rigour prevail. Between these two poles, Tamino, Pamina and the courageous Papageno are in search of personal happiness. In our revival production, we will present (almost) the same cast as in the première of last season. The Norwegian soprano Mari Eriksmoen will sing the role of Pamina, the Swiss tenor Mauro Peter is Tamino, and Ruben Drole will again delight audiences as Papageno. Georg Zeppenfeld, currently one of the most sought-after basses, can be heard as Sarastro, and General Music Director Fabio Luisi will be at the rostrum of the Orchestra La Scintilla.