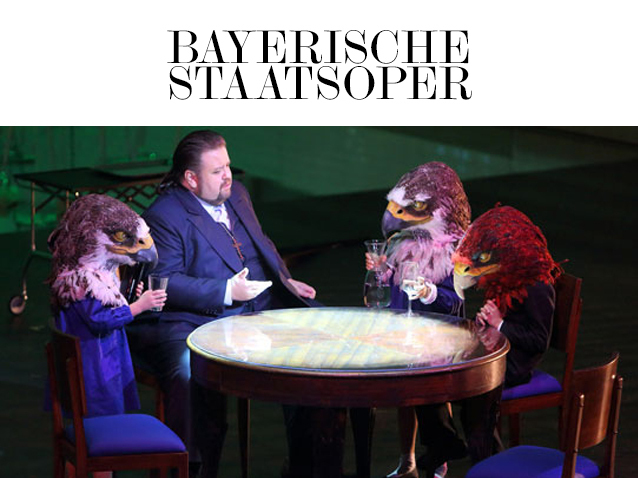 The daughter of the King of the Spirits has been floating in an in-between state since the human Emperor conquered her: She is neither a spirit nor a human. A woman without a shadow – which means a woman who is infertile. A threat hangs over the Empress and Emperor like a punishment for a great guilt: If she does not become fully human, he will turn to stone. Her panic-stricken search for a shadow, accompanied by her scheming nurse, takes the Empress to a woman who refuses her husband's advances. She is prepared to sell her shadow for the seductive promise of eternal youth. However, the prospect of the transaction does not make the Empress happy.

Inspired by Oriental fairy-tales and with an admiring glance at Mozart's Zauberflöte, the successful partnership of Strauss and Hofmannsthal created a puzzling, massive work heavy with symbolism and powerful sounds which constantly demands interpretation: is it wallowing in magical worlds whilst the old era is destroyed in the First World War? The pathway of trials taken by two couples on which the women overcome their own natures through subjecting themselves to the merciless law of renewal and decay? A study of the female psyche shortly after Freud's postulation of sexual neuroses? Or perhaps the spiritual voyage of a woman through her fears and guilt feelings at the end of which everyone comes together again on the threshold of the eternal father.