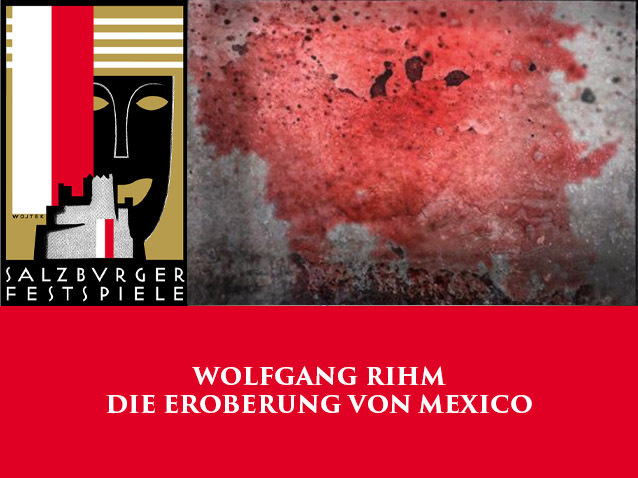 Die Eroberung von Mexico (The Conquest of Mexico): however historical the title may sound, to associate Wolfgang Rihm’s 1991 ‘music drama’ with the genre of historical drama would be a profound mistake. The subjugation of the Aztec kingdom by the Spanish is not so much the subject of the work as an occasion to explore a theme that has in all places and at all times entailed fascination and fear, opportunity and risk: the encounter with the Other – and the mechanisms of the latter’s destruction. Rihm’s main source, Antonin Artaud’s La Conquête du Mexique, written in 1932, is already characterized by the opening up of history towards spaces of the imagination in which basic human constellations are reflected. Artaud’s vision of an anarchic, multi-sensual theatre liberated from all performative conventions, in particular the reliance on the word and language, in order to enthral the audience with the power of a ritual, had already provided the inspiration for Rihm to start work on his ‘poème dansé’ Tutuguri in 1980 and has maintained its hold on him ever since. In La Conquête du Mexique Artaud describes a drama framed according to his own ideas in a sequence of scenes – powerfully eloquent, poetic and at times surreal. This scenario (which dispenses with dialogue) provided Rihm with the four-part structure of his ‘music drama’, and the textual montage, created hand in hand with the composition of the music and additionally incorporating material from Artaud’s Le Théâtre de Séraphin, a poem by Octavio Paz and Aztec chants, realizes the action in the form of an associative interpenetration of states, actions, feelings and reflections.

At the centre is the encounter between the Aztec ruler Montezuma and the conquistador Cortez, representatives of diametrically opposed cultural worlds. At the very beginning of the work the expansive melodic lines in which Montezuma clothes his invocation of Nature are perverted in Cortez’s aggressive, fragmentary echo of his words. When the two men subsequently encounter each other for the first time it seems that any understanding is impossible, and the Aztec quickly realizes the Spaniards’ true intentions: ‘You see only gold.’ The fact that Rihm conceives Montezuma as a soprano whose voice is extended by two other female voices in the orchestra while the role of Cortez is augmented by two male speakers should not lead to any hasty polarizations or facile identifications along the lines of the gender conflict. What interests Rihm is ambivalence, not painting in black and white. Tellingly, he once referred to the encounter between Montezuma and Cortez as an ‘encounter with the Self’, alluding to affinities with the respective political systems. That said, the clash of cultures, the confrontation with an alien lifeworld, triggers an inner turmoil in Montezuma and Cortez, a profound destabilization of the Self and the attitudes and codes associated with it. Even seemingly fixed categories such as the formula ‘neuter – female – male’ from Artaud’s Séraphin text that permeates Die Eroberung von Mexico as a leitmotif, no longer offer any stability.

On the collective level the conflict with the Other leads to its worst possible consequence: the mutual slaughtering of Spaniards and Aztecs in the noche triste. But is it not so that the destruction of the Other inevitably implies that a part of the Self is also destroyed? This is a question that presses itself all the more insistently on the listener in that Montezuma remains vocally present after his death and at the end of the work Cortez is for the first time heard in – unaccompanied – ‘duet’ with him: an enigmatic union (with himself?).

What drew Rihm to Artaud’s dramatic scenario was not least ‘the dissolution of dramatic elements of the plot into musical processes’. It is thus unsurprising that the music in Die Eroberung von Mexico develops great autonomy and essentially forms the ‘plot’ rather than simply illustrating it. This is an impressive vindication of Artaud’s ideal of dramatic means which affect the audience in ‘direct speech’ without resort to familiar formulas or styles: understandably, as Rihm conceives the sound as a body, as an ‘active “person”’ that captures the listener with an almost physical intensity. In Die Eroberung von Mexico the impression on the hearer is reinforced through the spreading out of the orchestra from the pit into the auditorium and through the use of recorded choral music played from several loudspeakers: as a result, the audience finds itself as it were inside the overall sound.

Helmut Pitsch
Published on the 11 of August, 2015
See all columns 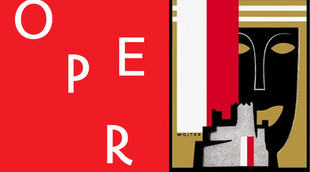