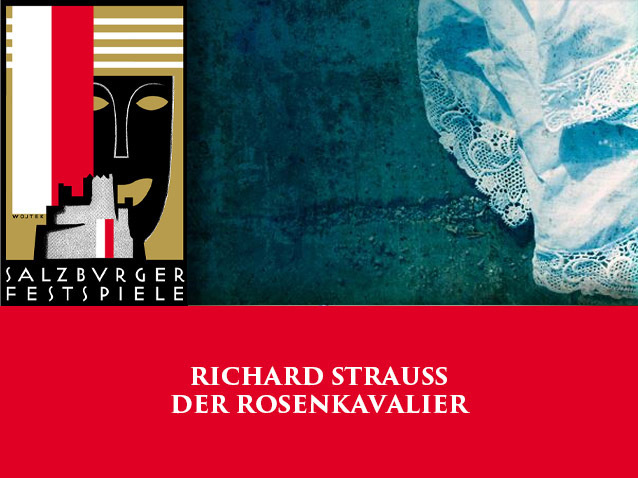 It is one of the most famous monologues in the whole history of opera: at the end of the opening act of Der Rosenkavalier, the Marschallin – no longer in the first flush of youth – reflects on growing old and on the transience of all that exists in this world. She bows to the inevitable in a spirit of melancholy, but without any bitterness. And she knows only too well that her seventeen-year-old lover, Octavian Count Rofrano, will leave her sooner or later ‘for the sake of another, younger and prettier than I’.

Time, the passage of which so exercises the Marschallin, is the subject of Strauss’s and Hugo von Hofmannsthal’s opera Der Rosenkavalier on another level too, namely, historical time. First performed in Dresden in 1911, the opera is set during the early years of the reign of Maria Theresa. And yet neither the composer nor his librettist was concerned with an authentic reconstruction of the past. Looking back on the work from a later vantage point, Hofmannsthal spoke of a ‘secret wish to create a semi-imagined, semi-real whole’, a ‘Vienna of 1740’ that would evoke the past and at the same time point to the present. As early as 1911 he had noted that ‘there is more of the past in the present than people suspect, and neither the Faninals of this world nor the Rofranos nor the Lerchenaus have died out’.

For the director Harry Kupfer, too, Der Rosenkavalier tells a story that is clearly related to the time of the opera’s genesis, a time of change marked by the end of the Imperial and Royal Austro-Hungarian Monarchy. As a result his production avoids the sort of Rococo ornamentation and powdered wigs that have long left their mark on the work’s performing tradition and that risk obscuring the subtle portrayal of the characters and their relations with each other by seeming to place those characters in a museum. Although Hofmannsthal’s libretto takes as its starting point stereotypical figures familiar from Molière’s comedies and from other historical sources, including the typically conceited and uncouth member of the landed gentry, the rich social upstart, the young lovers, the intriguers and so on, the outer and inner relationships between these different characters are combined with a sensitivity and psychological penetration typical of fin-de-siècle literature. Regardless of his historical quotations, Hofmannsthal reveals himself very much as a child of his time. The simple basic action of his ‘comedy for music’, which does not shy away from burlesque elements, is harnessed together with the sort of themes that repeatedly dominated his thinking: themes such as transience, farewell and inner ‘transformation’.

The multiple standpoints that characterize the libretto are also found in Strauss’s score. Even in those passages that ‘quote’ the 18th century, the composer was by no means interested in creating an authentic stylistic copy. Instead, he reveals a virtuoso skill at integrating historical allusions into his own modernist style and at merging the past with the present. And like Hofmannsthal he was also keen to conjure up an ideational, mythically charged and perhaps even nostalgic picture of Vienna, a point clear not least from the waltzes that pervade large sections of the score and that would of course have been an anachronism in the Vienna of Maria Theresa.