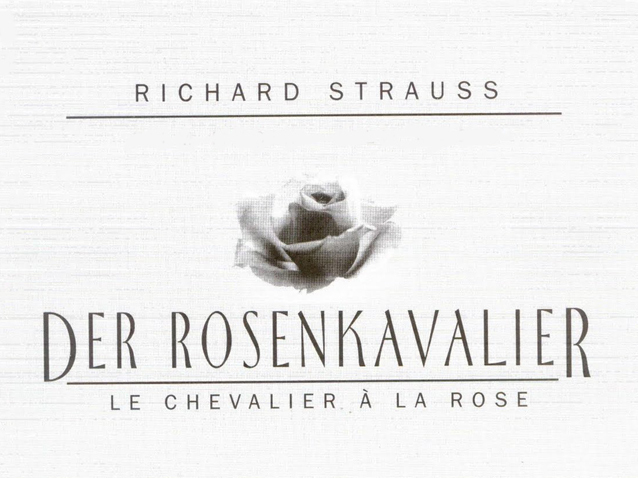 Infused with heady fragrances and cloaked in a shimmering robe, the orchestra invites us, from the opening notes, to a night of passion: oozing with sentiment, its languorous strings and whooping horns vividly suggest the nocturnal pleasures of the Marschallin and her young lover Octavian. Yet for this clever young man, love, true love, awaits him elsewhere, in the arrival of the ravishing Sophie, who Strauss announces with ethereal and crystalline notes. A brilliant musical dialogue, this comic opera by Strauss and Hugo von Hofmannsthal pays tribute to Vienna during the reign of Empress Maria Theresa, as well as the spirit and grace of Mozart. In addition to its madcap scenes and daring plot twists, there are moments when time seems to stand still, when the music and lyrics take on an evanescent flavour. Through the subtle portrait of the Marschallin, comedy gives way to bitter-sweet musings on life, the passing of time and nostalgia for lost love.

The action takes place in Vienna, during the second half of the 18th century. As the Marschallin awakes from a night of passion with her young lover Octavian, her country cousin, Baron Ochs, barges in to announce his engagement to a young woman, Sophie. He needs, according to tradition, a knight to present a silver rose to his beloved. Octavian is chosen to perform this task. However, when he goes to present the rose to Sophie, the two young people fall in love at first sight. Sophie can no longer consider marrying the bull-headed and vulgar Ochs, who is also an inveterate skirt-chaser. Octavian sets a trap for Ochs, who is surprised with a chambermaid and must give up on the idea of marrying Sophie. The Marschallin reluctantly releases Octavian, who is free to pursue his love for Sophie.

Taking advantage of her husband’s absence, the Marschallin has spent the night with her young lover Octavian. The Marschallin’s boorish country cousin, Baron Ochs, has arrived to announce his engagement to Sophie von Faninal. Ochs is above all in need of a knight to deliver a traditional silver engagement rose. But for the moment, Ochs is intrigued by the young Mariandel…who is in fact Octavian disguised as a chambermaid! Valets and maids literally waltz in and out of the Marschallin’s room, which fills with supplicants. In addition, an Italian tenor performs a morning serenade...which is interrupted by the arrival of the boisterous Baron.

After the morning's agitation, the Marschallin finds herself alone. She does not think much of her arrogant cousin. She starts to muse, reminded of her own early marriage, and ponders her fleeting youth and the inevitable passage of time.

The Marschallin, who recognises that one day Octavian will leave her for a younger woman, has nevertheless chosen him to present the silver rose to the bride-to-be. However, Sophie forgets all about her pending marriage as soon as she sets eyes on Octavian. Suddenly, there is no one else in the world. For the two of them it is love at first sight.

When he arrives at the Faninal household, Baron Ochs treats Sophie rudely. How could she marry this bull-headed vulgar man, especially after falling for Octavian? Ochs surprises the two lovers during a tender conversation. Octavian loses his temper and challenges Ochs to a duel! The Baron receives a slight wound in the fracas and cries bloody murder. A doctor is sent for, but in the end a glass of wine is all that is required to raise the Baron's spirits. Ochs receives a letter from "Mariandel" asking him to meet her for a tryst - a trap set by Octavian that Ochs blunders into unwittingly.

At an ill-reputed inn, Ochs attempts to seduce Mariandel, but is caught in the act when Sophie and her father, discretely invited by Octavian, find him with the chambermaid. Ochs leaves the inn, befuddled and embarrassed, while the Marschallin, who has arrived to sort out the situation, discovers Octavian is passionately in love with Sophie. A sublime trio ensues: the Marschallin gracefully releases her lover, as Sophie and Octavian marvel at the feelings that have filled their hearts with the promise of happiness. 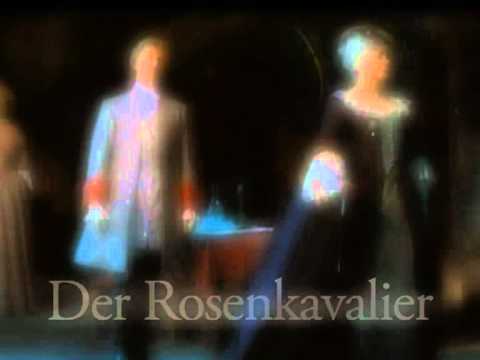 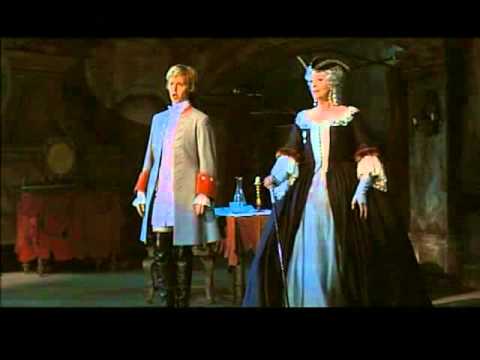