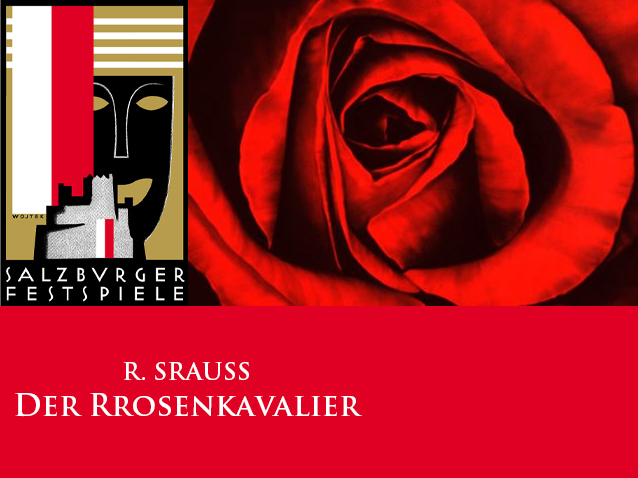 Strauss longed to escape from the torturous atmosphere of the Mycenaean royal palace and find refuge in a lighter, brighter world. Even while he was still working on Elektra, he was already discussing his next project with Hugo von Hofmannsthal. The two men wanted to strike out in a new direction with a ‘Spieloper’, a comedy born from the spirit of Mozart. Elektra had been based on an earlier stage play that Hofmannsthal had reworked as a libretto, but with Der Rosenkavalier he won his spurs as a librettist in the true sense of the term, inaugurating a series of memorable collaborations that was to cover a span of twenty years.

It was in the course of a number of con­versations with Count Harry Kessler in February 1909 that Hofmannsthal drew up a detailed scenario, but it then took him more than a year to work this up into a libretto. Since he was able to submit the text in sections, however, the impatient Strauss was able to start work on the score without undue delay. Der Rosenkavalier was premiered in Dresden on 26 January 1911 and proved to be a triumph. Its plot is drawn from the most disparate sources, including Molière’s comedies, a late eighteenth-century roman libertin, paintings by Hogarth and Franz von Suppé’s operetta Fatinitza. The time and place were agreed in advance and not open to negotiation: Vienna in the reign of Maria Theresa. Hofmannsthal explained retrospectively that the starting point for the action was a series of character types familiar from much earlier comedies, in­cluding a rustically provincial member of the landed gentry who is as arrogant as he is coarse, a nouveau riche upstart, two young lovers, a couple of intriguers and so on. But Hofmannsthal was keen to relate all these characters to one another – it was this that for him constituted the true nature of comedy. ‘Groups are in this way offset against other groups’, he noted in his ‘Unwritten Postscript to Der Rosenkavalier’: ‘Those who are bound together are separated, while those who are separated are bound together. They all belong to each other, and all that is best lies between them: it is both momentary and eternal, and here there is scope for music.’

Beneath the surface of the lightly flowing dialogue, Hofmannsthal’s text reveals these inner relationships, and it does so, moreover, with a sensibility typical of fin-de-siècle literature and an acute sense of psychological insight. The basic plot is straightforward – in a letter to Strauss dated 12 May 1909 Hof­manns­thal wrote of a ‘fat, relatively elderly and presumptuous suitor favoured by the father [of the bride] but ousted by an at­tractive younger man’ – but Hofmannsthal combined this not only with burlesque elem­ents such as the duping of the lascivious and faun-like Ochs by Octavian disguised as Mariandl but also with the sort of existential themes that repeatedly occupied the poet’s thoughts and that include the idea of transi­ence. The Marschallin is no longer in the first flush of youth and from the outset was singled out by both Strauss and Hofmanns-thal as belonging to the ‘higher realms of sentimentality’. At the end of the first act she succumbs to melancholy and ponders on the temporality of existence. And she knows only too well that sooner or later her seventeen-year-old lover will abandon her ‘for another woman who is younger and more beautiful’ than she. Octavian – Count Rofrano – is another Cherubino from Mozart’s Le nozze di Figaro: just as Cherubino is consumed by his desire for the Countess Almaviva, so we meet Octavian in bed with the Marschallin, a woman who could be his mother. But he then meets the young Sophie von Faninal, who has in fact been promised to Ochs – a member of the old aristocracy – by her newly ennobled father. Strauss has captured this encounter, with its account of love at first sight, in music of dreamy unreality. And the title of the opera refers to it, too: as Ochs’s emissary, Octavian ceremonially hands Sophie a silver rose. Meanwhile, he himself undergoes an initiation or, to use a term central to Hofmannsthal’s whole world of ideas, a ‘metamorphosis’, turning him from the ‘boy’ that the Marschallin is fond of apos­trophizing into a fully grown man.

Above and beyond these intricate interrelationships, the characters are also firmly anchored in a concrete setting. Hofmannsthal spoke retrospectively of a ‘secret desire to summon into existence a half-imaginary, half-real entity, this Vienna of 1740, an entire city with its social estates, […] its ceremonial, its social classification, its way of speaking or, rather, its different ways of speaking based on social class.’ In this way, the question of time, whose passage so exercises the Marschallin, is explored on a further level in the sense of historical time. Yet neither Hofmannsthal nor Strauss was interested in an authentic reconstruction of the past, for all that the various characters’ subtly differentiated ways of speaking prove to be genuine in their artificiality. And this is also true of other aspects of the piece, all of which convey a living, breathing notion of a particular time and place.

Strauss’s music helps to sustain this idea in an altogether inspired way. The waltz that pervades whole sections of the score is of course out of place in the Vienna of Maria Theresa, but even in those passages where the composer ‘quotes’ the eighteenth century, he is not interested in creating a stylistic contrafactum. By integrating these allusions into his own modern style, he blended the historical with the present and in that way incorporated into his score the refractions typical of the libretto, resulting in an imaginative evocation of a past (and passing) age resonant with the very sense of nostalgia that finds expression in the Marschallin’s famous monologue.