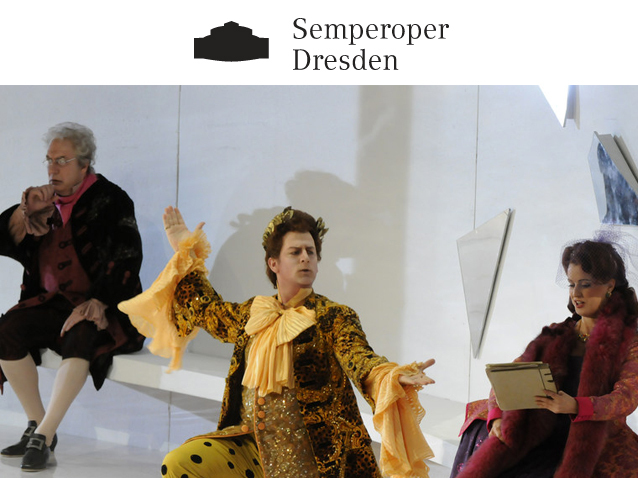 The composer Flamand, the poet Olivier and the theatre director La Roche are invited by the brother of Countess Madeleine to attend her salon. There they are to assist at a theatrical performance organised as a birthday present for the countess, in which the merits of the various arts will be judged. The count favours drama (especially the female performers of this). An actress, a tenor, an Italian singer and a dancer are each to represent their genres, while the theatre director emphasises the vital role of the impresario. The battle centres on the relative claims of poetry and music. At the same time the poet and composer are engaged in a battle of another kind: for the hand of the young countess. She, however, cannot bear to give up the one or the other. Finally it is decided that, in the wake of the day’s events, an opera should be written. But an opera needs a suitable ending, ...