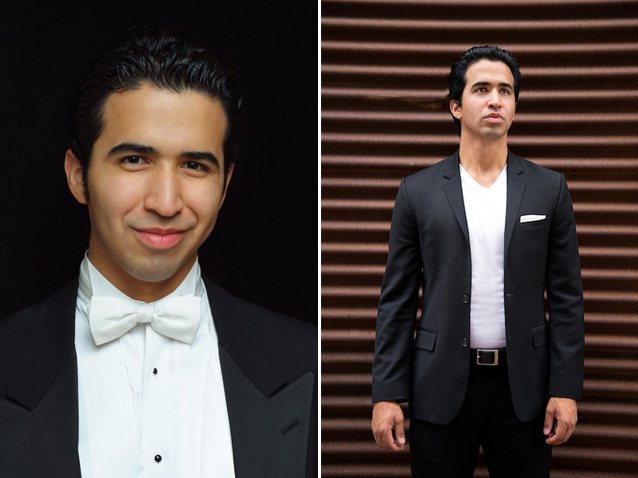 Rafael Moras, is a student of Dr. Stephen King pursuing a Masters in Voice at Rice University. Originally from San Antonio, Texas, Rafael obtained his Bachelor of Music Degree at the University of Texas at San Antonio as a student of Dr. Diana Allan. He is a National Foundation for the Advancement of the Arts Young ARTS Winner, United States Presidential Scholar in the Arts, winner of the 51st New York Metropolitan Opera National Council Southwest Region Auditions and the Council’s 2013 Houston District Auditions, and was a finalist in the Houston Grand Opera’s 2013 Eleanor McCollum Competition for Young Singers. He was featured in the NFAA-sponsored documentary Masterclass as one of the young singers learning under Plácido Domingo. Moras sang Ferrando in Rice University’s 2011 Così fan tutte, Gonzalve in the Houston Symphony’s 2011 L’heure espagnole, Roméo/Rodolfo in Rice University’s Romance X 3 Gala, and Bonario and Lurcanio in Rice’s Volpone and Ariodante. In 2011-13 Moras performed the roles of Fenton, Tom Buchanan, and Rinuccio in the Aspen Music Festival and School’s productions of Falstaff, The Great Gatsby and Gianni Schicchi.