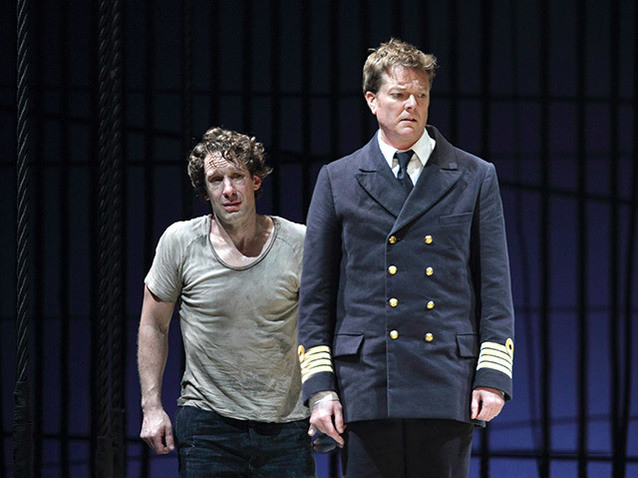 Benjamin Britten’s Billy Budd, which premiered at the Royal Opera House in 1951 before undergoing revisions in 1960, is based on the eponymous novella by Herman Melville, and has a libretto by E. M. Forster and Eric Crozier. With the main action set aboard the HMS Indomitable in 1797 during the French Revolutionary Wars, the story centres on Billy Budd who at the start is pressed into serving in the Royal Navy from a merchant ship. He has a lot of positive attributes including loyalty and enthusiasm, and leaves a strong impression on Captain Vere and the crew at large. However, the Master-at-Arms John Claggart hears him sing the ‘Rights of Man’ and gets it into his head that Billy is a trouble maker. At the time the Royal Navy was reeling from two major mutinies and was threatened by the Revolutionary French Republic’s military ambitions, but in Billy’s case he was simply saying goodbye to his old ship that bore that name. 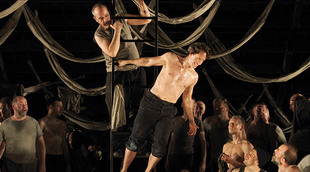 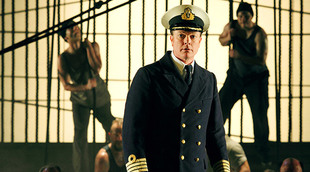 Claggart becomes obsessed with trying to expose Billy and persuades other crew members to provoke or frame him. Billy, unwittingly since he has no idea Claggart is determined to corner him, dodges all of their attempts, but he has one flaw, which is a stammer that kicks in when he is put under pressure. At such moments he finds himself unable to express himself and is consequently inclined to lash out physically. Things come to a head when Claggart tells his suspicions about Billy to Captain Vere, who in fact assumes that Billy is innocent and that Claggart is the evil one. When, however, Vere invites Claggart to recite his charges to Billy’s face, with the idea that he can respond to them and prove his innocence, Billy’s stammer sets in and in frustration he strikes, and inadvertently kills, Claggart. The ship’s officers, though acknowledging the circumstances and hardly feeling good about it, rule that the Articles of War are absolute, and that anyone who even strikes a superior must hang.

Following Billy’s death there is a ‘silent mutiny’ by the other crew members, which is suppressed but does reveal the impression that he left on everyone. In this way, the opera ends with Captain Vere looking back on the events of 1797 in his old age. He feels remorse that he did not do more to save Billy when he was the only one to witness Claggart’s death, but also believes that Billy has blessed him and shown him a guiding moral light.

Deborah Warner’s new production for the Royal Opera, where the piece has not been seen for nearly two decades, represents a co-production with Teatro Real, Madrid and Rome Opera, where it has already appeared. It is deeply atmospheric as much attention has been paid to creating a sense of the communal experience involved in working a ship. Michael Levine’s set consists of a series of vertical, horizontal and diagonal cables and ropes that create both a physical and metaphorical framework for the drama. Within this, the sailors (who number many as the Royal Opera Chorus are complemented by extra chorus and further actors) scrub decks and hoist sails. With them often moving in mass formations under Jean Kalman’s eerie lighting, one gains a keen sense of their hardship and claustrophobic way of life.

Towards the start, in fact, things are pushed a little too far as the emphasis on the group does not help us to see individual personalities arise out of it. For example, the impact of the Prologue is marred by having Captain Vere sing it while appearing lost amidst all of the cables. This is as opposed to him delivering it from the front of the stage, and the sense of the chosen approach only really hits us after we have witnessed the Epilogue over three hours later.

This difficulty is soon overcome, however, and Captain Vere’s cabin, which even contains a bath, is cleverly represented by having a rectangle of light shine on the stage to denote its parameters. Here, we see a lot of telling human detail so that when Vere pours wine for the officers Mr Flint (David Soar) and Mr Redburn (Thomas Oliemans), he rushes to fill Flint’s glass again after a toast to the King sees the Sailing Master down the lot! 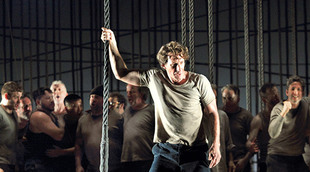 The berth-deck is also cleverly presented by having the boards of the main stage rise to reveal it, while people climbing ladders that rise through these emphasise the descent from above to below deck. The set-up also enables Claggart to sing his monologue concerning how he will destroy Billy on an entirely different level while still standing directly above his planned victim. When Billy is condemned and sent to the ship’s prison he descends on a small platform blessing Captain Vere as he does so. There is also a little humour as Claggart sings ‘Handsomely done’ while the sailors clamber far from gracefully into their hammocks.

Ivor Bolton conducts superbly, while the strong, and primarily British, cast includes several notable performances. Toby Spence is a highly sensitive Captain Vere who when he virtually laughs at the idea that Billy is anything other than high-spirited reveals the real tragedy of the opera. The British are fighting the French and yet, through Claggart, manage to create a new enemy who does not exist, and the pursuit of whom can only undermine their mission and themselves. Brindley Sherratt with his rich and deep bass is a brilliantly malevolent Claggart, while South African baritone Jacques Imbrailo gives a perfectly judged performance in the title role. His beautiful voice and persona really come to the fore in his dignified lament in the ship’s jail as his body is illuminated against the surrounding darkness. From among the remainder of the large cast, Duncan Rock’s Donald and Clive Bayley’s Dansker also stand out in particular. 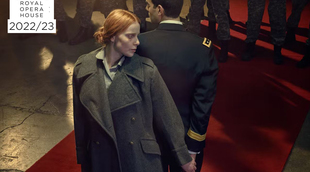 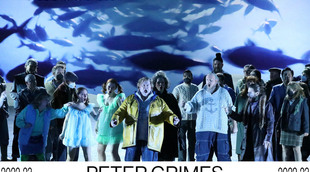