Film Becomes Opera in Orphée at the London Coliseum 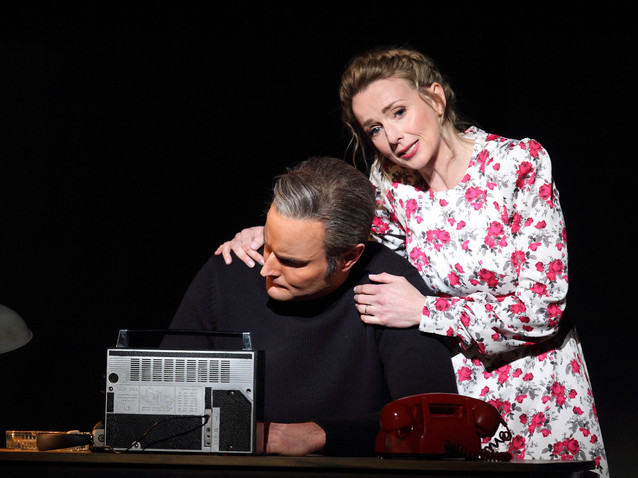 Philip Glass, who is recognised as one of the leading proponents of minimalism in the world today, has written over twenty-five operas, a total achieved by hardly any composer since the days of Rossini, Donizetti and Verdi. His 1991 work Orphée is the final addition to English National Opera’s current season of operas exploring the Orpheus myth, and is based on Jean Cocteau’s eponymous film of 1950. It is, in the words of the production’s director Netia Jones, ‘a mirror of a mirror, or a mise-en-abîme – an opera of a film of a play of a poem of an opera, in which everything reflects on something else’.

Although there are many versions of the Orpheus myth, and Harrison Birtwistle’s The Mask of Orpheus explores a multitude of these, it is fair to say that the story told in Orphée diverges from the ‘norm’ to a greater extent than most. It sees Orphée as a poet who has lost his creativity while another poet Cégeste dies. Orphée finds himself addicted to a radio station that it seems only he can listen to, and when he writes out the wonderful poetry that it offers his friends accuse him of plagiarising Cégeste’s work. It turns out that a figure of death called the Princess has arranged for Cégeste to transmit it from the Underworld, but in any case Orphée becomes so obsessed that when Eurydice has an accident and is close to death he hardly notices. 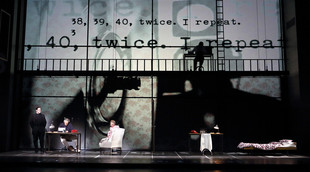 When she dies he does agree to follow Heurtebise, the chauffer of the Princess, through a mirror to the Underworld in an attempt to retrieve her. There the Princess is put on trial for taking Eurydice’s life without authority and as she, Orphée, Eurydice and Heurtebise are all questioned it transpires that the Princess loves Orphée, with her feelings being reciprocated. The judges grant the Princess provisional freedom, while Orphée and Eurydice are permitted to return to the living, only with the caveat that Orphée should never again look upon Eurydice. This differs markedly from most versions of the story where he is only forbidden to gaze on her while he is leading her out of the Underworld, and it proves an impossible burden on their marriage. When he finally looks on her she disappears, but he is then shot and also returns to the Underworld. There he is reunited with the Princess, but she orders Heurtebise to restore him to life where he finds Eurydice in their bedroom. In this way, the opera closes with them back at home in their normal relationship. This is also different to most endings of the story as, although many are happy, few place them in seemingly the same position as they were before.

Jones’s staging is intelligent and detailed as it draws on a wide range of influences. As the curtain rises on a sophisticated café scene, with everything rendered in black and white except for a few dashes of red, the clothes and make-up make us feel as if we are in a surreal realm or Cocteau film. Many of the features such as descending booths and video screens moving from side to side refer to Glass’s 1976 opera Einstein on the Beach. In particular, there are two figures who carry out a repetitive typing motion that alludes both to its importance in the current story, as Orphée types out the poetry he hears, and the start of Einstein. However, with Glass’s music at this point representing some form of minimalist take on ‘skiffle’ it is as if everything in this scene is parodying something else, including the composer’s own music.

While ENO’s recent staging of The Mask of Orpheus seemed to throw every weird and wonderful effect at the work, this production feels extremely balanced and measured. Figures cross the stage with two or three of their shadows accompanying them on a screen that resembles film (the staging also includes fragments of Cocteau’s own). Orphée’s house is presented with props that slide on conveyer belt-style to form its rooms, while the pattern on Eurydice’s dress is imitated in the tablecloth and clothes she makes for their expectant baby. In Lizzie Clachan’s sets, the Underworld is portrayed as a far more dystopian place. Images of a war-torn city are projected onto various screens as people display the injuries from which they died, with a javelin piercing the entire body in one instance. 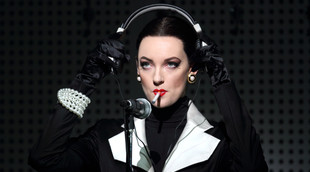 At just over two hours (including interval) the piece is succinct compared with Glass’s Einstein on the Beach, Satyagraha and Akhnaten, while the individual scenes are also far shorter. This means that anyone who might start to become bored in one of his longer operas should find themselves engaged from start to finish here. On the other hand, it is often the length of Glass’s scenes that really give his music the chance to ‘hypnotise’ us and get under the skin. Therefore, while we are undoubtedly presented with both an accomplished work and staging, the opera can feel just a little slight by the measure of the composer’s own creations.

Geoffrey Paterson’s conducting is excellent as it captures the right senses of smoothness on the one hand, and intrigue on the other. The cast is also strong with Nicholas Lester’s Orphée, Sarah Tynan’s Eurydice and Nicky Spence’s Heurtebise all standing out. The highest accolades, however, go to Jennifer France’s Princess whose razor sharp soprano is as brilliant as her character is alluring. 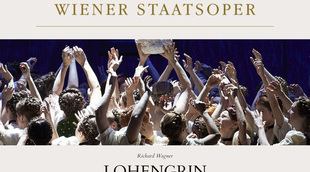 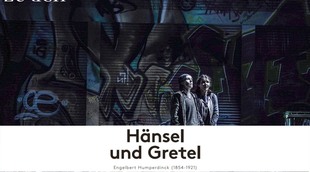