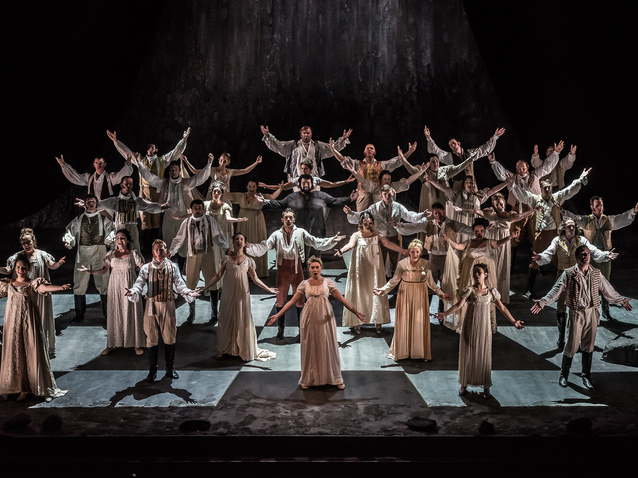 Félicien David is a French composer of the 19th century, whose works have totally ceased away from the standard concert or opera programmes and even his existence is unknown to a wide number of music lovers. Born in 1810 in Southern France, his musical talent was noticed early and supported. His career ended quickly once he joined the Saint Simonians. Later in his life, he gained back some reputation and contributed one major work to the genre "grand opera", Herculanum, a four act opera based on the prosecution of early Christians in the Roman Empire.
Lilia and Helios, a Christian couple are caught by the Romans, Olympia, the pagan queen of Naples saves their lives as she has fallen in love with Helios, a former Greek prince. Olympia's brother Nicanor has fallen in love with Lilia and is himself further incorporated by Satan. To save Lilia’s life, Helios pretends to love Olympia. The natural catastrophe of the eruption of the Mount Vesuvius proceeds and in closeness to the horrible upcoming, Helios returns to Leila and they die in peace together. 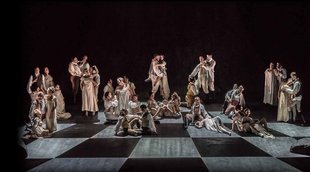 The story is not far from the typical grand opera plots, the music itself is a glorious example of the harmonic language of this genre with fine arias, lavish coloraturas, opulent chorus and ballet scenes. Félicien David's layout of the opera follows close the Italian model. Interesting is the musical colouring of the characters, Olympia and Nicanor are mezzo and bass baritono, whereas the brave Christian couple are tenor and soprano. Another special effect is the double role of Nicanor and Satan in one person with different expression.
Jean-Luc Tingaud has taken over the revival of this fine romantic music with the excellent prepared Orchestra of the Wexford festival. The music is full of warm, overboarding harmonic and melodic bows, to emphasize demanding arias and emotional duets.

Olga Busuioc and Andrew Haji represent the loving Christian couple. Her soprano is strong and dramatic with sufficient power whereas his tenor diminishes after a fine performance in the beginning. His corpulent appearance raises strong expectations which are not fulfilled and his lack of knowledge of the Italian language is regrettable. Daniela Pini shows elegance and aristocratic behaviour. Her voice is a sharp metal mezzo with minor flexibility at the coloraturas. Simon Bailey masters her macho brother Nicanor and the mystical Satan with his bass baritone. The direction of Stephen Medcalf misses out the devastation and expected possible technical effects for the natural catastrophe.

It is a much disciplined interpretation, even a military one like on and offs of the mass scenes, no interactive play and poor costume design by Jamie Vartan. Effective are the short video installations of the interval screens documenting the slowly moving eruption of the crater. The music conquers the heart of the audience and the opus is very much welcomed whereas the stage design and directions of the evening do not really contribute to the success of the evening.