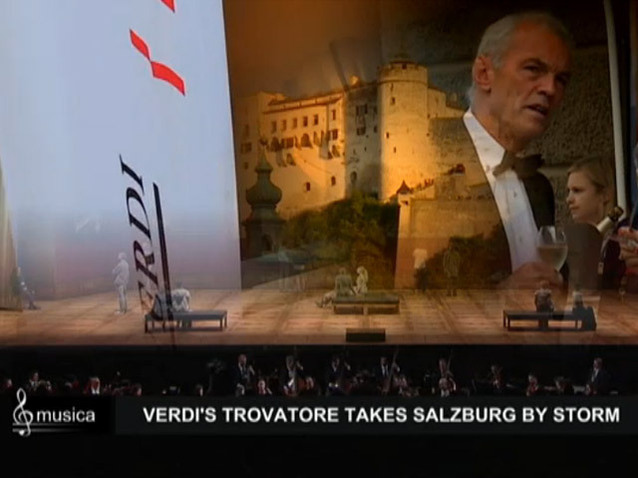 Verdi’s ‘Il Trovatore’ is a highlight of this year’s Salzburg Festival, thanks in part to an outstanding cast.

It is one of the most popular operas of all time, despite being so ‘dark’ in many ways. Love, revenge, a mother burnt alive and a brother lost and tragically found are just some of the ingredients in this masterpiece.

Vying for the heart of the fair Leonora is the tenor, and the baritone, the Conte di Luna, who is interpreted with matchless class by Plácido Domingo. For the legendary Spanish singer, being at the Salzburg Festival evokes happy memories.

“I made my debut in Salzburg 39 years ago; next year it will be the 40th anniversary of when I first came to this wonderful festival; my debut was with Maestro von Karajan, in 1975, singing in Verdi’s ‘Don Carlo’.”

“My energy and enthusiasm are still the same,” Domingo says, adding with a smile “And I think that Leonora, if she hadn’t fallen in love with Manrico, perhaps she wouldn’t have rejected the Count!”

The opera is conducted by the remarkable Maestro Daniele Gatti. He explains that despite the convoluted plot, the music is some of the most beautiful you can hear.

“I’m not giving anything away if I say that the plot here is rather intricate – that’s to say the least – it’s similar to ‘Simon Boccanegra’; but this opera offers some of the most beautiful musical numbers ever!” said Gatti.

Gatti attributes the success of the opera to its talented cast.

Gatti has chosen a particular interpretation of Verdi’s score, as tenor Francesco Meli described: “With Maestro Gatti we’ve tried to exploit the ‘colours’ Verdi requires, an aspect which is often neglected. More than emphasising the vocal strength we have focused on the subtleties of the music, which is what’s shown in Verdi’s score, not an invention of ours!”

Director Alvis Hermanis has set the production inside a museum. The tourist guides and museum guards in modern day dress gradually become the characters they describe in the paintings.

the 21 of August, 2014 | Print
Previous article Next article 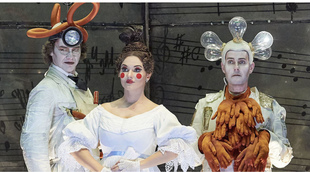