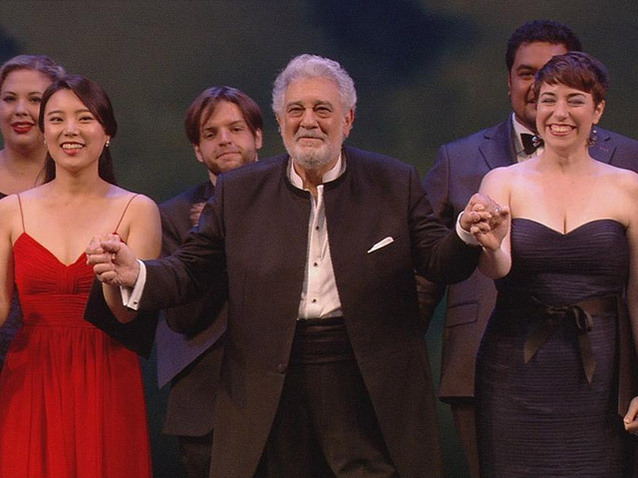 Operalia, the prestigious annual singing competition funded by Plácido Domingo can potentially propel young opera talents to great heights. From 1,000 candidates aged between 18 and 32 in the pre-selection phase, only 40 young singers were invited to take part in the 23rd finals, which took place in London for the first time.

For Peter Mario Katona, Director of Casting at the Royal Opera House, Covent Garden is an ideal venue: “Operalia has been travelling around the world for 20 odd years and I think it was high time that it would come to London, London and Covent Garden being one of the main stages of Plácido Domingo’s career. My partner has been pushing all sorts of people with ‘we must make this work, it’s got to finally happen in London!’ And eventually we found a way to make it.”

The jury judged that the essence of Domingo was captured best by the winners of the best male and female singers of Zarzuela, the Spanish operetta; the South Korean Soprano Hyesang Park, and Romanian tenor, Ioan Hotea, who also jointly won Operalia’s main award.

Plácido Domingo, Operalia’s president and founder lavished warm praise on the two young laureates, with a special mention for Hotea: “Ioan, I knew him before, we made music together in Monte-Carlo. I conducted him in ‘Amelia goes to the ball’ from Menotti, and he has made an incredible improvement, you know.”

“I was very happy and, I cannot explain it,” said Hotea, basking in the glow of his patron’s endorsement. “It was like a dream, like a shock, I don’t know!”

Norway’s Lise Davidsen was the other first prize winner:

“Lise is one more case of the Scandinavian singers being the ones that they sing Wagner, said Domingo. “And she shows, you know. with a phenomenal, dramatic voice how she can sing such a difficult Aria. She took the public, you know, immediately.”

Runners-up can take comfort in the knowledge that Operalia can potentially boost the career of all those who make to the finals.

That is certainly Placido Domingo’s view: “Many of the elements who have been in the competition, they have been observed and it won’t be a surprise if one of the judges take, for instance, the bass from South Africa (Bongani Justice Kubheka)and give him performances.”

Peter Mario Katona is the Casting Director of the Royal Opera House in Covent Garden, London. He has been on the jury of Operalia every year since 1999. He explains why Plácido Domingo’s international singing competition is different from any other and reveals how the jury works, and what he looks for in an opera singer. He also speaks of Operalia’s impact on the careers of most of the auditioned contestants.

the 06 of August, 2015 | Print
Previous article Next article