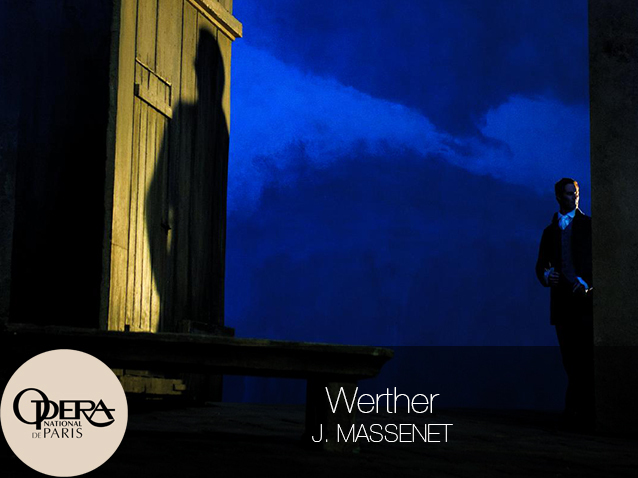 In Massenet's masterpiece, from the moment the moonlight idyll is revealed and then shattered, the tears never cease to flow. "My entire being weeps", says Werther. This is a far cry from the furtive tears or the violent sobbing usually associated with opera. These tears fall slowly and inexorably, one by one, in "patient drops", as Charlotte says: in four acts, they will accomplish their work. Charlotte cannot hold back her tears when she rereads Werther's letters and her tears are the only part of her, the only sacrifice that Werther dares to ask of her. She weeps before Sophie, her angel of consolation; her tears flow again on reading Ossian; they fall once more over Werther's blood-soaked body. These final tears he refuses, however, for he is now free and happy. Werther is a long requiem, a "lacrimose dies illa", truly a day of tears and, without doubt, the most personal of all Massenet's works. Roberto Alagna and Karine Deshayes portray the two unhappy lovers in the now legendary production by Benoît Jacquot, conducted by Michel Plasson.