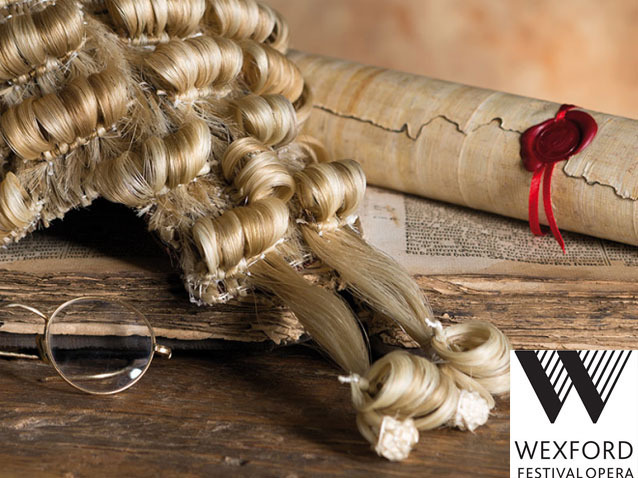 Double bill with The Wandering Scholar in first part.

The Wandering Scholar, the one-act chamber opera which was Holst’s final opera, was written in 1929/30 and first performed in Liverpool shortly before his death. Holst’s lifelong passion for English folk music permeates the witty score. The libretto, by Clifford Bax, is based on one of the tales from The Wandering Scholars by Helen Waddell.

It is set in thirteenth-century France where Louis’ wife Alison prepares to ‘entertain’ her admirer Father Philippe. They are interrupted by the poor wandering scholar Pierre. Alison is sympathetic to Pierre but the priest throws him out. However, Pierre returns with Louis and tells a story that exposes the priest and the lovers' carryings-on.

Trial by Jury was commissioned as a short work to be played after an Offenbach comic opera in London in 1875. It was an immediate success and established one of the most famous of all theatrical and musical partnerships: WS Gilbert and Arthur Sullivan. Described as a dramatic cantata, Trial by Jury is the only opera by Gilbert and Sullivan that contains no spoken dialogue.

Edwin promised to marry Angelina but has jilted her and is taken to court in a breach of promise case. Trial by Jury is a delightful combination of Sullivan’s tuneful and sparkling music, Gilbert’s clever words and the absurdities that result when judge and jury become emotionally involved in the case.

In 2014, all ShortWork Operas will be performed in Whites Hotel, a 5-minute walk from Wexford Opera House.

Counsel for the Plaintiff

Foreman of the Jury