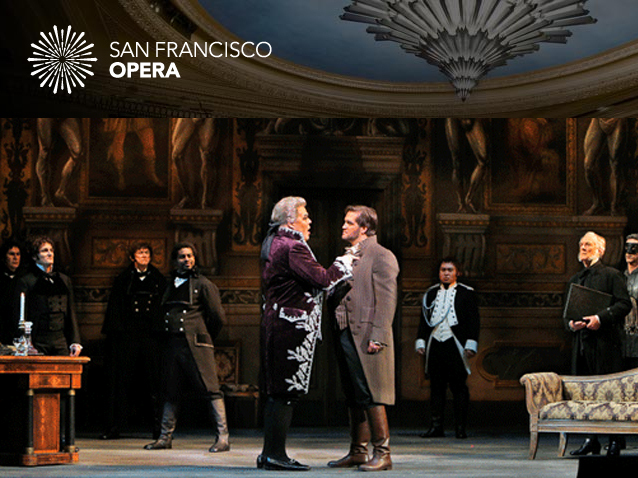 At her thrilling debut at London’s Royal Opera House, Lianna Haroutounian “seemed to pull forth ever-increasing vocal powers until you thought her heart, or yours, would burst” (The Observer, London). Puccini’s sexually explosive thriller depicts a corrupt police chief who sets his sights on a glamorous singer as he plots to destroy her lover, a politically rebellious painter. Riccardo Frizza, who conducts with “spirit and sensitivity” (San Francisco Chronicle), leads an outstanding cast including the brilliant Brian Jagde, “an uncommonly ardent Cavaradossi, nailing his arias with a robust vocalism” (Chicago Tribune) and Mark Delavan, whose portrayal of the evil Scarpia is “a convincingly staged crescendo of terror” (Opera News).