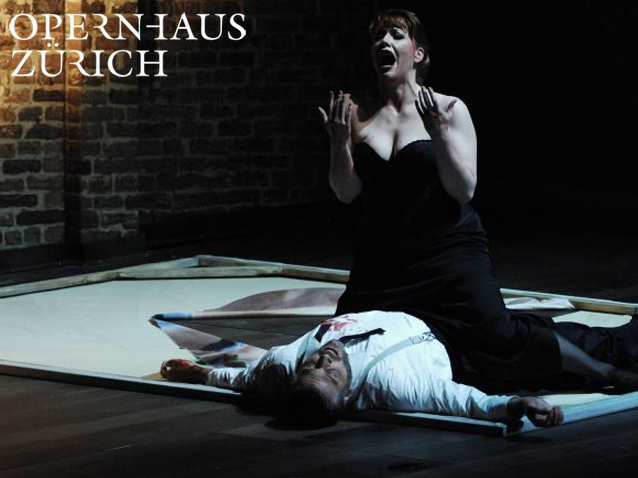 The story of the celebrated singer Floria Tosca is one of the darkest ever to be recounted on an opera stage. The painter Cavaradossi is suspected of having helped a political prisoner to escape. In order to find out where he is hiding, Scarpia, the Roman Chief of Police, captures Cavaradossi and his lover Tosca, whom he also desires. A terrible night begins, which none of the protagonists will survive… With his eponymous heroine, Puccini created the haunting portrait of a woman who has dedicated herself body and soul to the theatre. Tosca makes no distinction between the stage and real life. Fascinated by this figure, Robert Carsen embarks on a profound exploration of appearances and reality in his production of Puccini’s opera thriller. Catherine Naglestad, most recently celebrated in Zurich as Minnie in Puccini’s La fanciulla del West, can be heard as Tosca. The Argentinian tenor Marcelo Álvarez returns to Zurich as Cavaradossi, and Marco Vratogna will perform the role of Scarpia. General Music Director Fabio Luisi will conduct the Philharmonia Zurich.