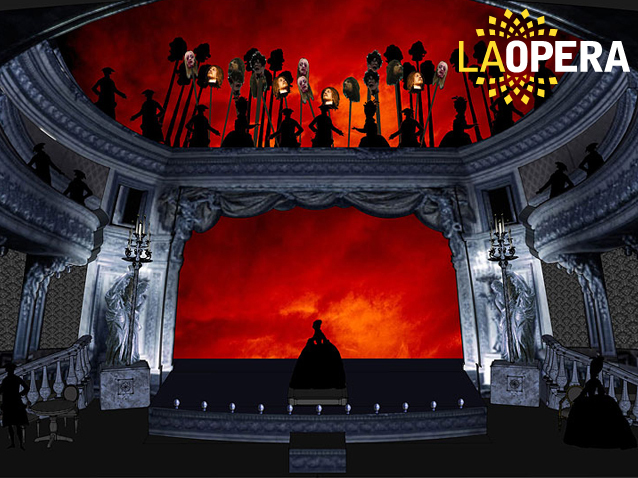 Trapped in the spirit world, the ghost of Marie Antoinette bitterly reflects on her final suffering. Her favorite playwright tries to entertain the melancholy queen with the continuing adventures of his beloved characters from The Barber of Seville and The Marriage of Figaro. But sneaky Figaro refuses to play by the script, breaking free from the opera-within-the-opera in a surprise bid for a better life.

LA Opera proudly presents the first full-scale production in this century of John Corigliano’s grand opera buffa, one of the most acclaimed operas of our time. Extravagantly scaled, gloriously tuneful, supremely touching and yet uproariously entertaining, The Ghosts of Versailles turns history on its head as love attempts to alter the course of destiny.

Woman in a hat