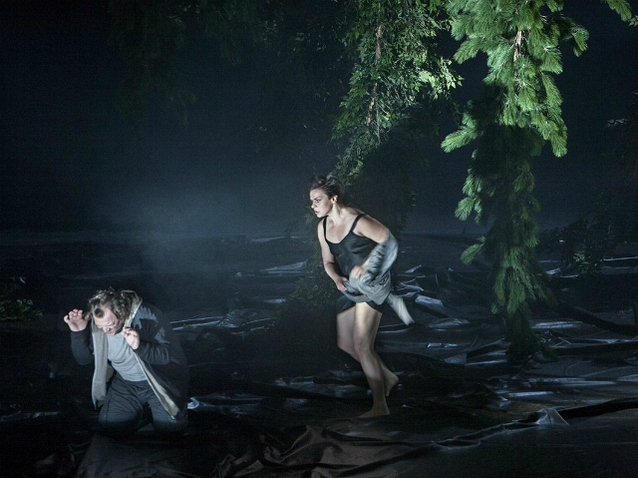 The singer-knight Tannhäuser is torn between reality and illusion, between artistic freedom and society's constraints. As an artist, he revels in the sensual world of the Venusberg, but lust and natural impulses are repressed in the art that his fellow artists practice in the castle of Wartburg.
At a singers' party, when Tannhäuser breaks a taboo and sings the praises of carnal love, he is stigmatised and threatened with death. Tannhäuser is forced to do penance for his frank confession on the Venusberg. In Richard Wagner's ‘Romantic opera’, the creative individual stands up against conformism and denial of human nature in a soulless society. In Bieito's staging, Tannhäuser appears as an outcast, an ‘enfant sauvage’ who arrives from Paradise, to find himself in the ‘purgatorium’ or ‘purification station’ of the Wartburg and who finally succumbs to an apocalyptic world – a world in which the repressed and excluded nature makes a violent re-entry.