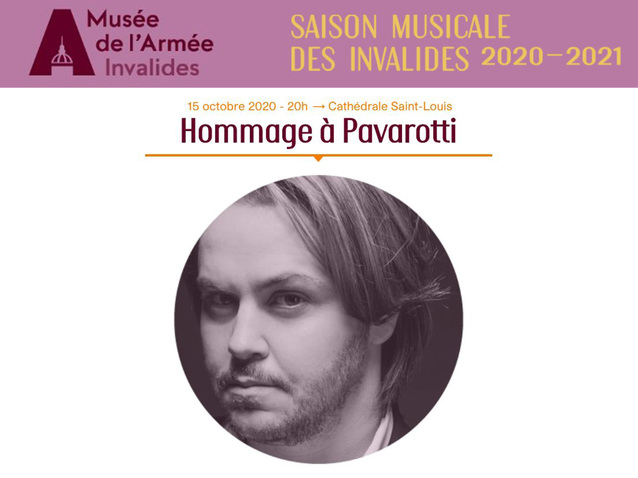 "This concert pays homage to the illustrious figure that was the tenor Luciano Pavarotti. In the tradition of the recital as he had instituted it, this program alternates the arias of the greatest masters of opera with traditional Neapolitan arias and Italian melodies.
The breadth of this repertoire testifies to the remarkable diversity of which Pavarotti was capable, as well as the expressive richness of his voice. To serve this program, the Orchester de Cannes-Alpes-Provence-Côte d'Azur will accompany the tenor Kévin Amiel, rising star of the lyric scene: classic revelation of ADAMI in 2011, guest of Musiques en Fête 2019 and nominated for the Victoires de la musique in the Revelations - Lyrical Artist category in 2020, Kévin Amiel has had a flamboyant career. Here he salutes the extraordinary artist Pavarotti was and testifies to the immense influence of the "King of the counter-C". "

More information is available on the official website of the hall.