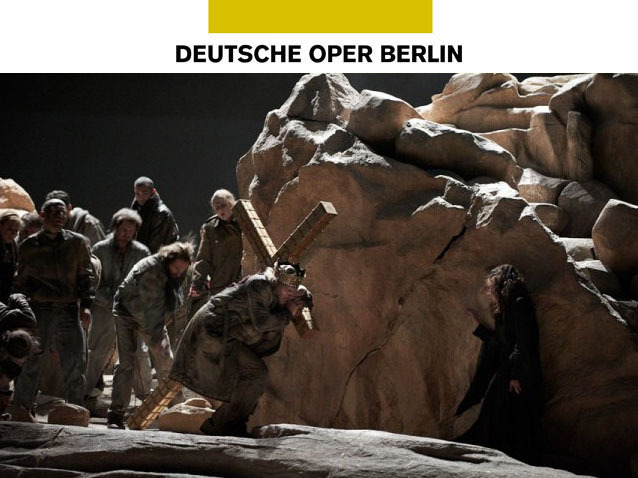 Richard Wagner's PARSIFAL tells the story of a "pure-hearted fool", who is unaware of his vocation and true nature. Parsifal is caught between two opposing worlds - the ascetic society of the Knights of the Holy Grail and Klingsor's erotically charged magic garden. There, Parsival attains enlightenment from the kiss of a woman and is able to gain redemption for Amfortas, the suffering Grail king, and the Knights of the Grail. Borrowing freely from a diverse range of sagas, Christian and Buddhist motifs and Schopenhauer's ideas, Richard Wagner created his own mythical tale. Wagner, too, was plagued for decades by a fear of disaster and a constant thirst for redemption. With his PARSIFAL he addressed head-on the question of redemption, both private and social, and conjured his own utopia in the chaste, male world of the Knights of the Grail.

The premiere of Richard Wagner's PARSIFAL, his Bühnenweihfestspiel or 'festival drama for the consecration of the stage', represented the climax of festivities to mark the 100th anniversary of the Deutsche Oper Berlin. General Music Director Donald Runnicles teams up with film and opera director Philipp Stölzl, who has twice come up with spectacular and suggestive images for the works of Richard Wagner - in 2009 with THE FLYING DUTCHMAN at the Theater Basel and in 2010 with RIENZI at the Deutsche Oper Berlin.