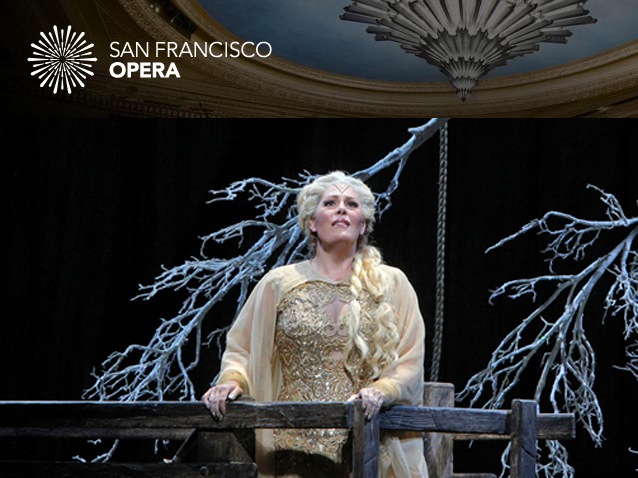 Perhaps once a generation, a soprano comes along who can do full justice to one of opera’s most dazzling and demanding roles. Today, that singer is Sondra Radvanovsky, who “earned a thunderous ovation…her top notes ringing and powerful, her middle range velvety, her coloratura nimble and phrasing elegant” (The New York Times), when she debuted as Norma at the Metropolitan Opera this past fall. In Bellini’s bel canto masterpiece, a Druid high priestess betrays her people by falling in love with an occupying Roman soldier. When the soldier abandons her for another, her volatile mix of anger and guilt threatens the lives of the innocent and guilty alike. Kevin Newbury, praised by Opera News for his thoughtfulness and eye for detail, stages this exciting new production. Music Director Nicola Luisotti's superb cast also features the San Francisco Opera debut of Jamie Barton, whose Adalgisa at the Metropolitan Opera was hailed as “a revelation” (The New York Times). The “ardent, expressive” Marco Berti (The New York Times) and “enormous, fresh, exuberant tenor” Russell Thomas (Opera News) share the role of Pollione.