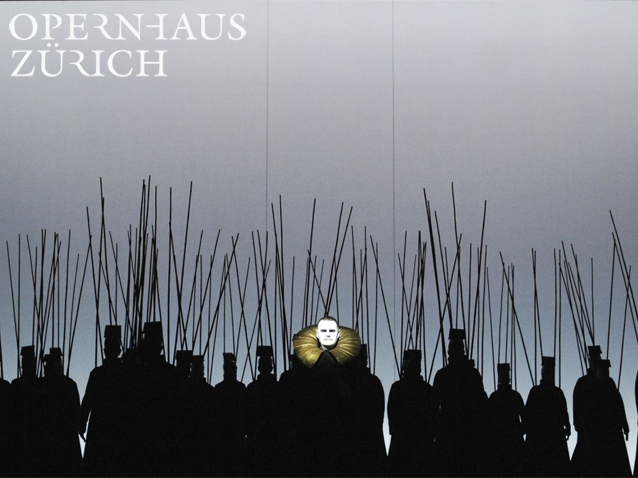 With Norma, Vincenzo Bellini created one of operatic literature’s greatest female figures: against the background of a political conflict between two states, the lonely priestess experiences extreme emotional situations between love and hatred, hope and despair, the desire to forgive and blind vindictiveness. Bellini captured the inner strife of the central figure in gloriously ecstatic sound and his famously extended melodies. “Opera must make people weep with its singing” – Bellini probably met this demand, formulated by the great melodic composer himself, in no other opera with such thrilling immediacy as in Norma. In this revival of the production by Robert Wilson, the young Italian soprano Maria Agresta, heard most recently in Zurich as Desdemona in Verdi’s Otello, will sing the title role, while Fabio Sartori will play Pollione, her lover from the enemy camp. General Music Director Fabio Luisi will be at the rostrum.