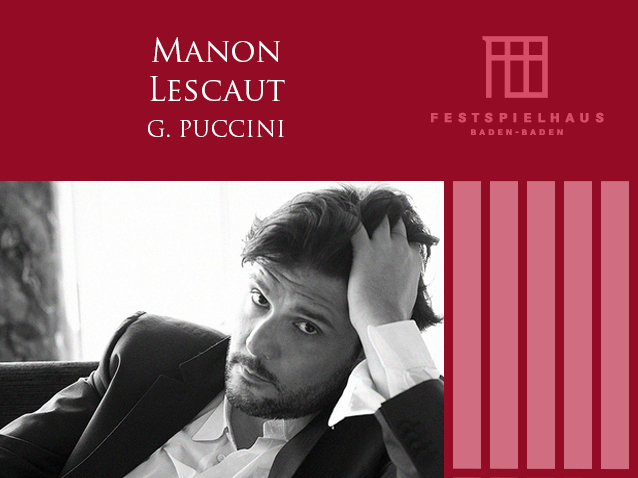 In coproduction with the Metropolitan Opera

A rococo beauty who ultimately drags everything into the abyss, Puccini’s Manon Lescaut is never fully satisfied. She becomes addicted to the admiring glances she receives from others, and the luxury and diamonds in which she bathes don’t warm her for long. In this, his first successful opera, the composer paints a portrait of a woman who has everything, only to lose it because she is incapable of holding on to anything. Likewise Puccini, who identified closely with his heroine, helping himself to many things. He took the orchestra from Verdi, expanding it with phrases and themes he found in Wagner and the French people. To all of this he added something from within himself – a melody more breathless than that of Verdi, but in many ways, sweeter. Add to that an ingenious fire in which ideas flow and the themes are inspired. The fact that the Berlin Philharmonic Orchestra turn to Puccini – this beloved yet ostracized composer – is symbolic. Here is someone who was thought to be outmoded for a long time, but there is really so much more to be discovered about him and his work. The tale of one who becomes a model but remains a girl, is very contemporary.