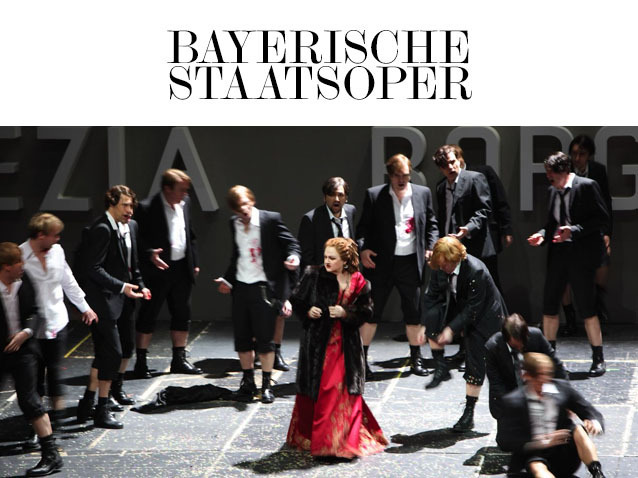 Lucrezia Borgia, brewer of poisons, adulteress and murderer, does her best to live up to an image of womankind created by men, and just as passionately she does whatever she can to find a new identity. Her son Gennaro falls in love at first sight with her – unaware that she is his mother. Overzealous, in the circle of his young friends, he disgraces her name. For this, he must repent: Don Alfonso, her husband, is determined to put his putative rival out of the way. Poison comes into play. But Gennaro is rescued – by her. Then poison is served up a second time, this time by her, indiscriminately, to the whole group of men. She doesn’t notice Gennaro’s presence until it is too late, and too late she confesses that she is his mother. Gennaro is dead. What remains is a pitiless trauma for the survivors.