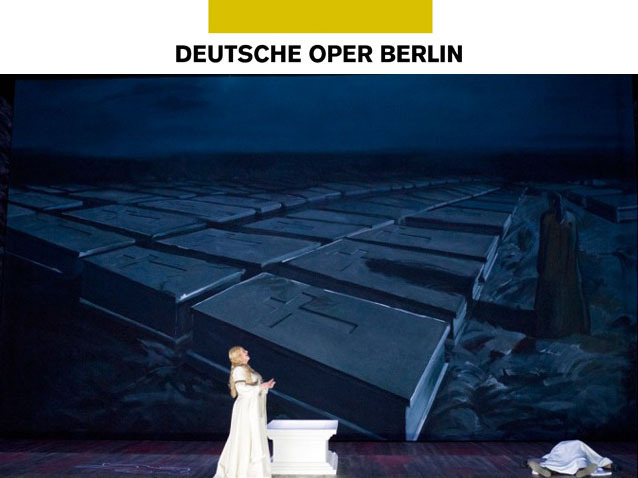 Our feelings tell us immediately that Elsa is the one who can claim greater justification and that Lohengrin’s condition »Never ask me questions…« can only shrug off the appearance of wanton tyranny if it can be demonstrated to be necessary; this condition must be justified, since on its own, faced with the higher law that states that there may be no secrets between lovers, it is hollow and without foundation, especially as Lohengrin would be hard put to comply if Elsa were to demand the same devotion from him. In an age when faith in the mystery of the Holy Grail was alive, Lohengrin’s demand might seem fair and Elsa’s question a presumption deserving of punishment; any age, in fact, that still respects subservient trust and unwavering subordination to authority will reconcile itself to the demand. We, on the other hand, see Elsa’s actions as the one true course, see her downfall as unmotivated.
[Excerpt from an article on the Berlin premiere of LOHENGRIN (January 1859) in Berlinische Nachrichten von Staats- und gelehrten Sachen; premiere in the Königliches Hoftheater in Weimar: August 1850.]

Atonement for Elsa’s mistake can only take the form of punishment, and there are few more consistent, more indispensable punishments than that of enforced separation: Elsa cannot be flogged or put to death. Any punishment other than the penalty of separation would be an arbitrary ruling and open to criticism. The severest penalty, that of separation, appears as the most indispensable, and it cannot seem to be too hard as it is the fairest and most logical punishment of them all. Elsa has forfeited Lohengrin […]. As for the fable’s symbolism I will just say: the overlap between extrasensory manifestation and human nature and the impossibility of such an overlap surviving for any length of time.
[Richard Wagner in a letter to Hermann Franck, 30th May 1846]