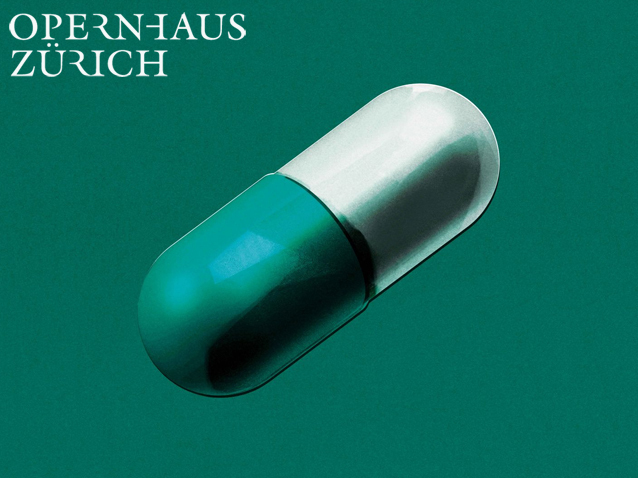 Violetta Valéry is la traviata – the woman who has gone astray. Beautiful, intelligent and desired by all, but mortally ill, she lives for the thrill of the moment as a courtesan. She does not allow herself true feelings and considers great love a utopia until she meets Alfredo one day: she wants to start a new life with him, far away from hedonistic Parisian society. However, the past catches up with Violetta. Alfredo’s father demands that they separate in order to protect the family’s reputation and not to endanger the marriage of Alfredo’s sister. Violetta renounces Alfredo and returns to her old life for a short time. Soon afterwards, her mortal illness catches up with her. Alexandre Dumas’s novel, The Lady of the Camellias , published in 1848, five years before the première of La Traviata, provided Verdi with the “new, grandiose, bold” subject matter he wanted. For the first time, Verdi brought a contemporary story to the stage. Radically referring to the present as in no other of his operas, he made a prostitute – like Rigoletto, a socially ostracised figure – the tragic heroine of his perhaps most popular opera. The piece should originally have been entitled Amore e morte – love and death. Indeed, these are the two poles between which Violetta’s tragic story unfolds. The love Violetta dreams of remains utopian, because it is doomed to failure within the value system espoused by society. Only Verdi’s music makes reference, with transcendental power, to a better life, more worthy of human beings, beyond death. This new production is conducted by Marco Armiliato, an internationally sought-after conductor who is at home in the Italian repertoire. Director David Hermann, celebrated for his productions of Pique Dame in Basel and The Magic Flute in Antwerp, will offer us a new perspective on a seemingly familiar piece. The young Romanian soprano Anita Hartig will be débuting as Violetta, and Pavol Breslik can be heard as her lover Alfredo. Quinn Kelsey, who has already been heard in Zurich as Rigoletto, will play his father.