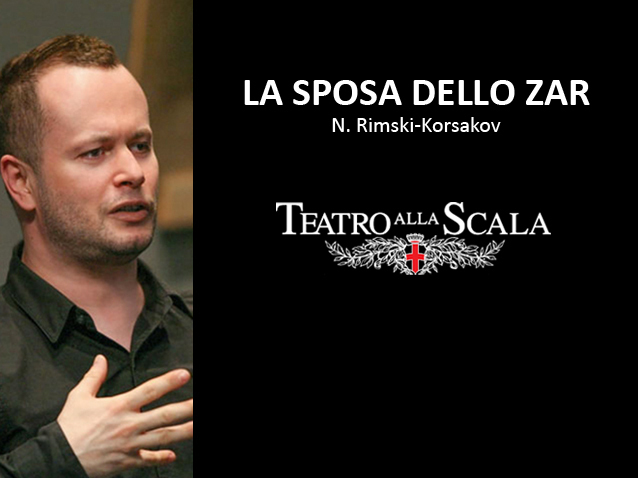 As soon as he sets his eyes upon her the tsar chooses a beautiful girl to be his tsarina. But another two suitors are also in love with her, of which one is desirable to the girl. It is not hard to imagine that they all die, since this is no ordinary tsar: this is Ivan the Terrible, one of the least understanding of Russian rulers. In the final scene, the betrothed bride rants like a Muscovite “Lucia” in the grips of a sweet madness, under the effects of an alchemical powder that should make the beautiful girl become horrible. But this historic opera on the cruel Russian Middle-Ages is not all doom and gloom. In fact, Rimsky-Korsakov brings it to life with spectacular choruses, songs and celebrations; and shakes it up with contrasting passion and profound humanity. Daniel Barenboim returns to his Russian roots in conducting this opera that has never before been seen at La Scala, but which is extremely pleasing musically and has an enchanting orchestration. It is directed by Russian Dmitri Tcherniakov, in a major production that is co-produced with Berlin.