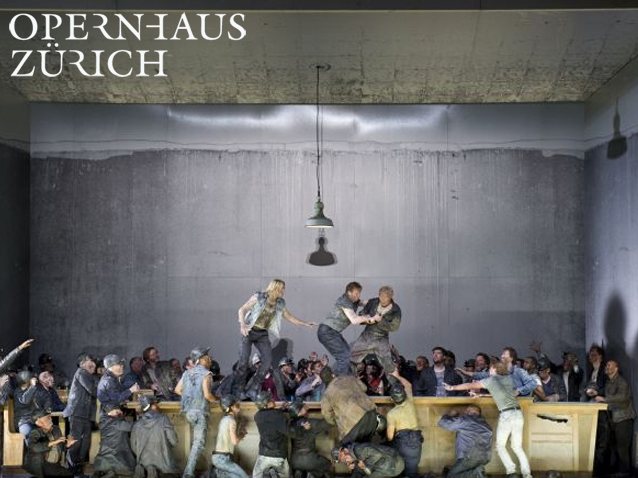 The story of the The Girl from the Golden West is sensational. Minnie runs a saloon in a Californian gold mining camp and is being wooed by the sinister Sheriff Jack Rance, but she has given her heart to the gangster Dick Johnson, alias Ramerrez, for whom an arrest warrant has been issued. There are manhunts, a life-and-death game of poker and a spectacular final scene under the gallows. Yet Giacomo Puccini did not turn his opera, premièred in 1910 at the New York Met under Arturo Toscanini, into a musical western. Rather than action and smoking revolvers, he was interested in the emotional state of his protagonists, all of whom are displaced, rootless fortune hunters. Victims of false hopes, they run aground in Minnie’s saloon and attempt to overcome their loneliness with whisky, poker and futile love affairs. Our revival presents the same artists who were heard at the première last season: Catherine Naglestad is Minnie, Zoran Todorovich her beloved criminal Dick Johnson, and Scott Hendricks will be in the role of Sheriff Jack Rance. Barrie Kosky, who is not only a director, but also runs the Komische Oper Berlin, will stage the production. Critics voted his theatre “Opera House of the Year” in the 2012/13 season, due not least to his artistic daring as director at his own theatre.