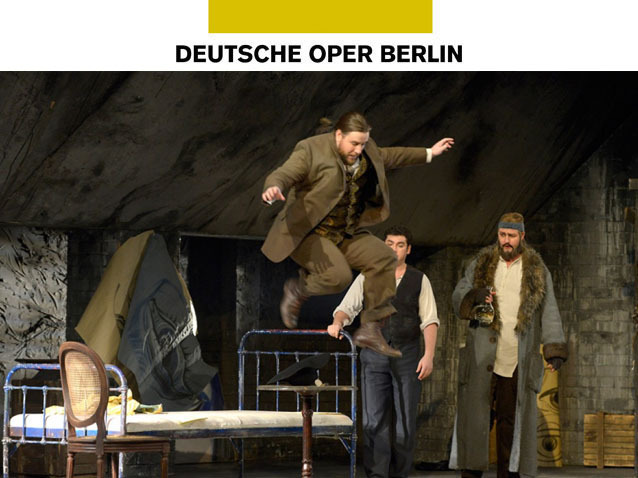 Puccini had already proved his ability as a brilliant musical colourist with EDGAR (1889) and MANON LESCAUT, but it was only with LA BOHÈME that a perfect marriage of subject matter and musical interpretation was finally achieved: Claude Debussy enthusiastically commented, "no one has described the Paris of these days as aptly as Puccini in his LA BOHÈME".

Puccini's impressionistic sound artistry combines subjective emotion with objective tone painting. His tonal elements, his musical descriptions of the ambience and the local colour of his aural tapestry begin to work their magic from the very first scene, when Rodolfo and Marcello set fire to their manuscript and the poet sprinkles drops of water on the face of the unconscious Mimi, and in the second scene, when the chorus, in its role as crowd, is contrasted with the stage orchestra as military parade, and also in the third scene, when economical use is made of carefully selected musical elements to create the atmosphere of a cold winter's morning.

A frosty winter´s day in a Paris garret. Rodolfo, the writer, and Marcello, the painter, are trying to work. They are hungry and without fuel for heating or money to pay their rent. Colline, the philosopher has tried and failed to pawn some books. The musician Schaunard has been more fortunate; he arrives with food, firewood, cigarettes and money. Rodolfo wants to work and his friends depart for Café Momus. His work is interrupted by a neighbour, who is searching for a means to light her dwelling. While making her request she faints and loses the keys to her lodgings. So it is that Rodolfo falls in love with Mimi, the embroiderer who is hopelessly ill with tuberculosis. Two months later he deserts her, unable to look helplessly on while Mimi's illness worsens in his poor, cold hovel. Six months later Musetta, the former mistress of Marcello, brings back the dying Mimi. Musetta sacrifices her earrings for the purchase of medicine, Colline donates his coat. Mimi is grateful and happy. Rodolfo believes that she has fallen into a curative sleep, but Mimi is dead.

From a dramaturgical viewpoint LA BOHÈME retains the strands of an experiment that has remained unique in Puccini's body of work. Libretto authors Ilica and Giacose formed a libretto out of a loose sequence of episodes from Louis Henri Murger's novel. Their artistic maxim consisted in preserving the protagonists and ambience of the novel while allowing a degree of flexibility in the selection and treatment of episodes. They structured their sourcebook into "quadri", images that are held together only by the love story between Rodolfo and Mimi. The relationship between Musetta and Marcello serves as counterpoint.

"LA BOHÈME always addresses and challenges our innermost private feelings - intellectual snobs and frustrated, sniping critics should stay at home! I can only say from my personal point of view: I'm 30 years older now and I have an even stronger desire now to explore hope and despair, the dreams and pain of youth, and to reflect them on stage, in the form of images, action and sound. Coming to this work afresh reflects a kind of pining for one's own youth. I think this is the open secret of Puccini's LA BOHÈME, why it is still so vibrant and topical today." (Götz Friedrich in 1988)