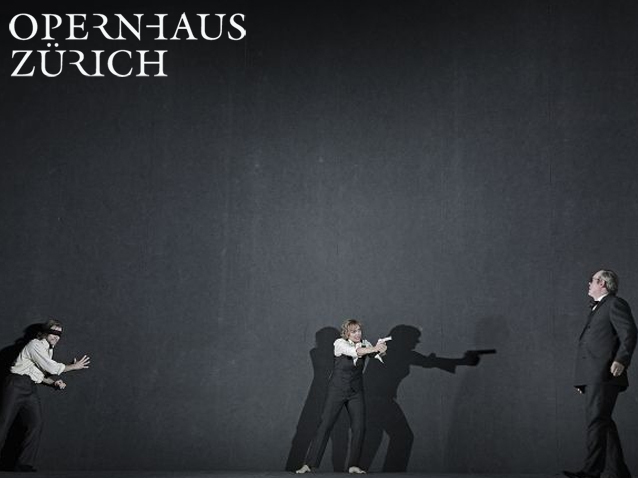 Disguised as a man and under the name of Fidelio (the faithful one), Leonore has herself employed as the gaoler’s assistant in a state prison. The governor of the prison is keeping her husband, his most dangerous opponent, hidden there and intends to let him slowly starve to death. When the minister comes to inspect the prison, the governor decides that he must die immediately. Leonore has to dig her own husband’s grave. At the moment of the gravest danger, a trumpet signal announces the arrival of the minister.
Beethoven contemplated writing an opera all his life, but only the story of the woman who risks her life to rescue her beloved husband from prison reflected his vision of an opera as he felt it should be. However, the work was arduous and dogged by discouraging failures and setbacks. After the unsuccessful première in 18O5, the composer revised the work thoroughly on two occasions, until it embarked on its triumphal progress across the stages of the world. The composer’s difficulties in writing the piece have left their mark: Fidelio is not a self-contained, classically rounded work. It is a contradictory, brittle and angular conglomerate of singspiel, grand opera and oratorio. Yet Beethoven’s music succeeds in uniting the disparate elements and, from a seemingly trivial libretto, creating a work with clearly delineated figures and moving situations. The opera is both a paean to conjugal love and an ardent hymn to freedom. Above all, however, it is an opera about the invincible strength of hope and the world-changing power of utopian ideals.
Fidelio is Andreas Homoki and Fabio Luisi’s first joint opera production in Zurich. The much-lauded American tenor Brandon Jovanovich will be giving his role début as Florestan.