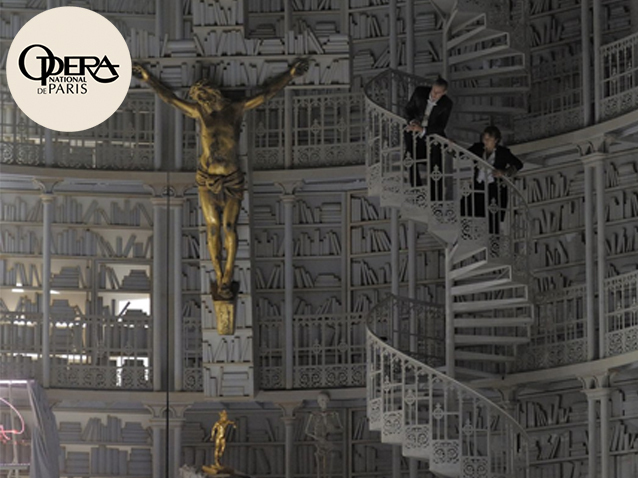 The emblematic French opera, one of its greatest successes and, at the same time, in a way, its memory. Gounod recalled having the book by Goethe by his side throughout his youth, even in the gardens of the Villa Medici where he was a "pensionnaire." Twenty years later, Carvalho finally agreed to commission Gounod and he had good reason to:  Faust brought prosperous times to the Théâtre-Lyrique and then to the Opéra. From there, the work became famous throughout the world and the Metropolitan in New York chose it for its inaugural opening evening on 22 October 1883, where the greatest singers made their mark. Jean de Reszké and Muratore as Faust, Faure – the creator –, Maurel, Delmas and Marcoux as Méphisto and, for Marguerite, Christine Nilsson, Patti, Melba, Farrar, Garden... Few works have been so loved and respected as this Faust… And indeed, the work, more faithful than we might imagine to Goethe, inspired in Gounod a youthful, turbulent lyricism, pleasures and unforgettable trepidation.
Piotr Beczala and Krassimira Stoyanova embody the legendary doomed lovers.