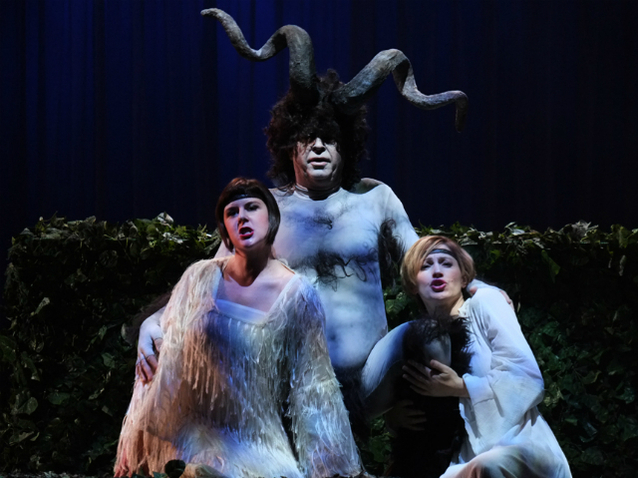 In these Joyeuses Commères de Windsor by Nicolaï and Von Mosenthal, the number of characters is limited to the most important ones. Unlike Verdi who set the comedy by Shakespeare to music forty-five years later and turned Falstaff into the central character, Nicolaï lends very specific importance to the main female roles. Frau Fluth and Frau Reich are the string-pullers of all the pranks. For her part, Anna, Frau Reich's daughter, knows full well how to take advantage of the situation in order to organise her wedding to Fenton. With Verdi, Falstaff possesses human grandeur and a certain philosophical wisdom. With Nicolaï, he is the typical flawed character...