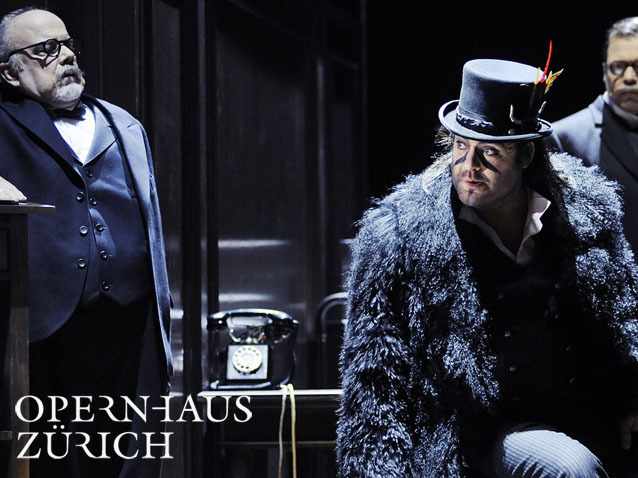 In this romantic opera that tells the story of a ghostly seafarer who can be saved only by a faithful woman, Richard Wagner betakes himself into the unfathomable realm of horror and the inexplicable. He based the plot on a story by Heinrich Heine, which was conceived as a parody of romantic horror dramas. However, the young composer and revolutionary discovered a kindred spirit in the Dutchman: for Wagner, the demonic figure who has sailed around a dangerous cape despite storms and a diabolical curse becomes the epitome of a man fiercely determined to overturn the world order. Wagner also identifies with Senta, whose idealism and willingness to love unconditionally break through the frontiers of a small world. In his successful production, Andreas Homoki has transported the story with the tragic ending into the branch office of a maritime trading company. This season, the magnificent Wagner performer Michael Volle can be heard. At his side as Senta is Meagan Miller, a representative of the younger generation of Wagner specialists.