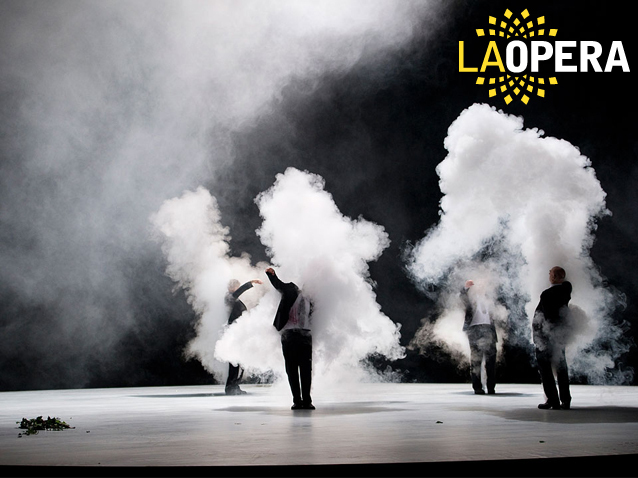 A riveting pairing of one-act masterpieces, written more than two centuries apart, explores the fine line between devotion and obsession. In Purcell’s Dido and Aeneas, an intimately scaled tragedy, a queen falls prey to the machinations of a formidable enemy, losing her heart to a man who abruptly abandons her. In Bartók’s suspenseful orchestral showpiece Bluebeard's Castle, an impulsive young bride turns her back on her family, only to uncover increasingly dark truths about her new husband.

This production will include partial nudity.

Production from the Frankfurt Opera.