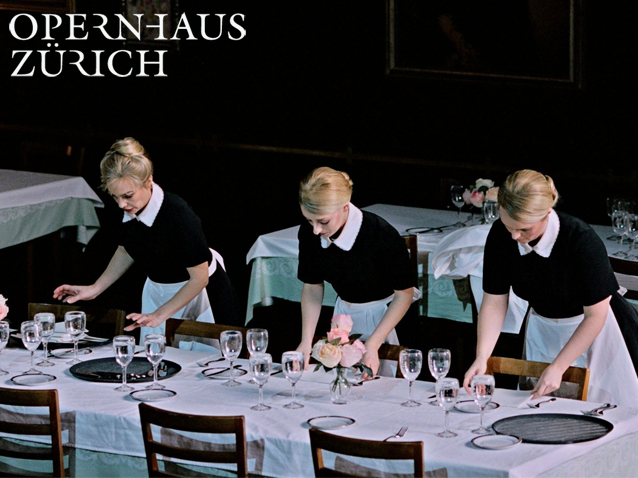 The richest man in Vienna has commissioned an opera company and a troupe of commedia dell’arte players to provide the entertainment at his party. However, due to a lack of time – the fireworks must start punctually! – the tragic opera and the humorous piece performed by the comic actors are now to be staged not consecutively, but simultaneously, much to the chagrin of the young composer, who is forced to subject his beloved tragic opera to extremely painful cuts and changes… Appearances and reality, the theatrical and real worlds, comedy and tragedy, the faithfully loving, unhappy Ariadne and the easy-going Zerbinetta, who changes her men as often as her clothes – these contrasts define Richard Strauss’s Ariadne auf Naxos. Director Claus Guth tells the story from an unusual perspective and transfers the “fictitious isle” on which the second part of the piece is set to Zurich’s Kronenhalle restaurant. The celebrated production will now return to the stage of Zurich Opera House with a new cast: both Eva-Maria Westbroek as Ariadne and Olga Pudova as Zerbinetta will be heard at Zurich Opera for the first time. The young mezzo-soprano Anna Stéphany, a member of our ensemble, will be performing her role début as the composer. General Music Director Fabio Luisi will conduct.