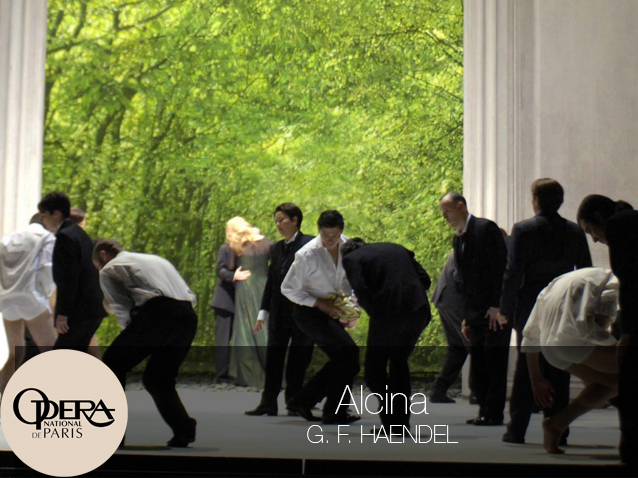 "From Alcina you will receive the sceptre and the power and you will be the happiest of mortals. But you will soon become no more than beast, tree or rock."  These words are taken from Handel's third opera,  inspired by the poem Orlando Furioso and first performed in London in 1735. From Medea to Carmen, the operatic stage has been unceasingly haunted by bewitching temptresses and their spellbound victims. Alcina is no exception: she seduces her victims to the point where they forget their homeland and can no longer distinguish between the delights of headlong passion and the dangers of perverted love. It will take all the tenacity of a Bradamante disguised as a warrior to deliver her fiancé Ruggiero from the clutches of the sorceress. Handel's stroke of genius was to look beyond the supernatural and depict Alcina as a woman who suffers. The voice of the vanquished enchantress is profoundly human and touching, inspiring in the listener a strange compassion. Robert Carsen, whose production brought Alcina into the Paris Opera repertoire, manipulates this ambiguity, a chiaroscuro of emotions and hidden desire, with consummate finesse.