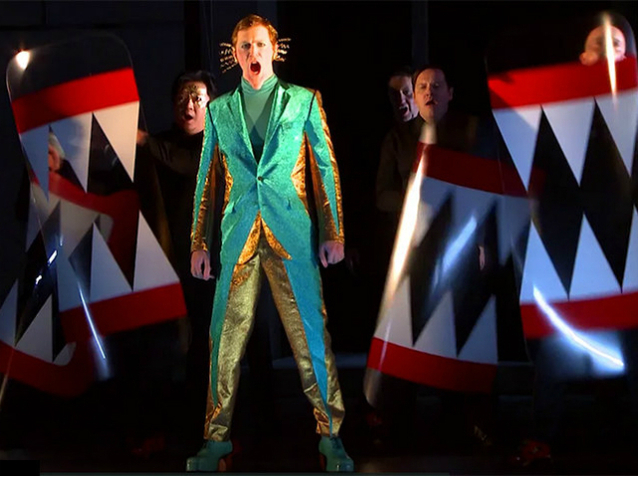 When Pharaoh Amenhotep IV became king in Egypt in 1375 BC, he called himself ‘Akhnaten’, abolished polytheism and established a monotheistic cult of the sun god Aten.

A new capital arose and a fresh wind also blew in politics, art and language. But the pharaoh, his wife Nefertiti and their families became increasingly alienated from the real needs of the population. After a reign of seventeen years, the pharaoh was overthrown by the masses and older, rigid power structures were restored.

Glass does not opt ​​for a continuous storyline, but for an episodic and symbolic portrait of the legendary pharaoh, full of stylized scenes. His mesmerizing score is based on repetitive, rhythmic melody patterns that are gradually interwoven. Following Einstein on the Beach (1976) and Satyagraha (1980), Akhnaten (1984) is Philip Glass’ third full-length opera. The directing and stage set are the work of the imaginative British theatre-maker Nigel Lowery (Candide), and the controversial fashion designer Walter Van Beirendonck is responsible for the costumes.

As specialists in both contemporary and baroque music, the Swiss conductor Titus Engel and English countertenor Tim Mead, (Akhnaten) are the perfect match for Glass’ opera. In the role of Akhnaten’s wife Nefertiti we hear the Estonian mezzo-soprano Kai Rüütel. The role of the ‘writer’, who threads together snapshots from Akhnaten’s eventful reign, is sung by the famous Flemish film and theatre actor Geert van Rampelberg.