A pair of exceptional voices for a renewed Puritani 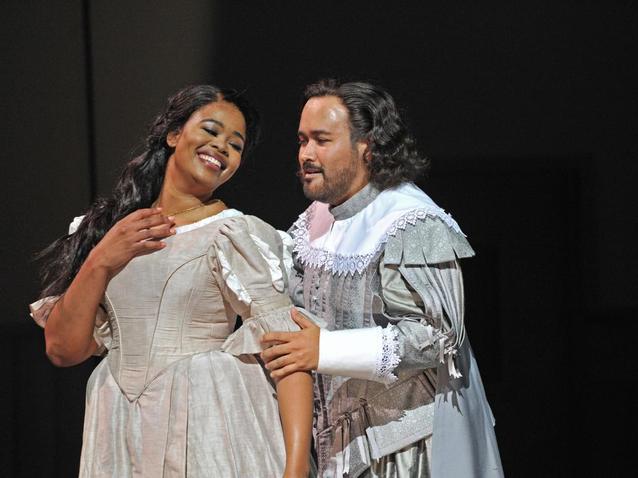 A new production of I Puritani, Bellini’s last opera, a highly esteemed title at Liceu, was chosen to inaugurate the new season. The vocal demands of I Puritani are fearsome and great voices are required to achieve success in the two main roles. Liceu made sure this was covered by casting one of the trendy couples of today’s bel canto scene. Mexican tenor Javier Camarena and young South African soprano Pretty Yende will be featuring together in five different titles this season in such prestigious theatres as the Metropolitan or the Opéra de Paris.

Rumors seemed to suggest that Javier Camarena might not sing in the end due to ill health. This turned out to be purely gratuitous speculation to increase the audience’s expectation on the premiere night. Camarena sung, and magnificently so. He performed vocal achievements that only a very few tenors can afford, such as a spectacular diminuendo to a piano at the end of a high D. His great merit however was to give the exact expressive temperature and an exquisite musicality to a role – Arturo – that sits vocally between a late bel canto and an emergent Romanticism, requiring more lyrical rather than “di grazia” voices. Camarena’s success in this highly difficult role was total. 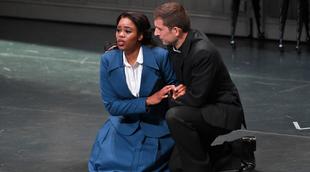 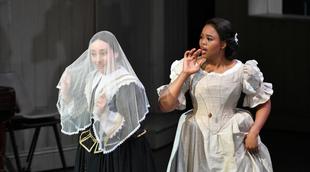 Almost the same level of excellence was achieved by Pretty Yende. She delivered the numerous high notes on her score well, with ease and well-timbred. She did perfectly well all the staccato notes, the octave jumps and all the vocal “madness” required in the scenes where Elvira has supposedly become crazy. Yende, however, still has to grow artistically. In this sense, the contrast between her solo singing and her duets with Camarena was revealing. On her own, she was cautious and reserved. She did everything well but remained at a certain emotional distance from the character. Instead, when the more experienced Camarena literally dragged her towards his playing field, towards greater expressive warmth, Yende clearly improved. Hers was also a great success.

I Puritani has two stellar roles but also offers music of great beauty and good opportunities for brilliance to the baritone and the bass singers in the roles of Sir Riccardo and Lord Giorgio respectively. Baritone Andrei Kymach, who was part of the second cast and had to replace Mariusz Kwiecień last minute, delivered with sufficiency but didn’t make use of the opportunities to stand out that the score offered. Similar was the case of Marko Mimica. The minor roles were ok.

The choir was quite disappointing initially, absolutely not together and irregular. It appeared as if the choir hadn’t yet quite come back from the summer holidays. They gradually became more focused and ended well. The orchestra however, under the baton of Christopher Franklin, sounded quite well from the beginning. Franklin was a conductor in the style of Bonynge, securing that everyone was together. He supportively guided the singers and swayed the voices lovingly. Aware that in bel canto the orchestra must be the voice’s discreet, modest, robust and loyal companion, he maintained the orchestral sound adequately in the background.

The production, a co-production by Liceu, the Welsh National Opera and the Danish National Opera was signed by Annilese Miskimmon, debuting at Liceu with this Puritani. Miskimmon, born in Belfast, locates the action initially in the 70’s in Northern Ireland, during the violent confrontations between Catholics and Protestants. In this context, Elvira has fallen in love with an enemy of her family and in a moment of stress takes an overdose of tablets to evade the conflict. This provokes a crisis which brings her and us to the mid-17th century England, during the conflict between the puritans, followers of Cromwell, and the Catholics supportive of the House of Stuart, where the original story of I Puritani takes place.

Miskimmon’s intention of dramatically rescuing I Puritani for the current sensitivity by showing that the issue is still present is laudable, but the theatrical resolution of this intention wasn’t satisfactorily attained.

To begin with, the production is visually ugly and isn’t quite well lighted. There is also an issue with the clarity of the codes guiding the audience through the constant historical period changes, which creates confusion. All in all, it is one of those productions that require an instruction manual to be understood, without resulting in a great theatrical strength that compensates for the effort invested.

The production received on the premiere night an unappealable, unanimous and general catcall. This was an unfair and excessively harsh judgement from an audience that has taken a lot worse without blinking an eye. 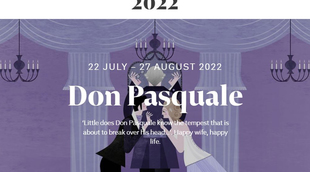 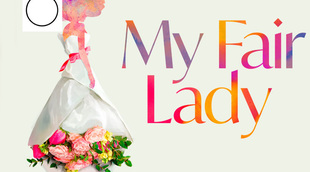