The Little Match Girl ‘Retold’ in Aisha and Abhaya at the Royal Opera House, Covent Garden 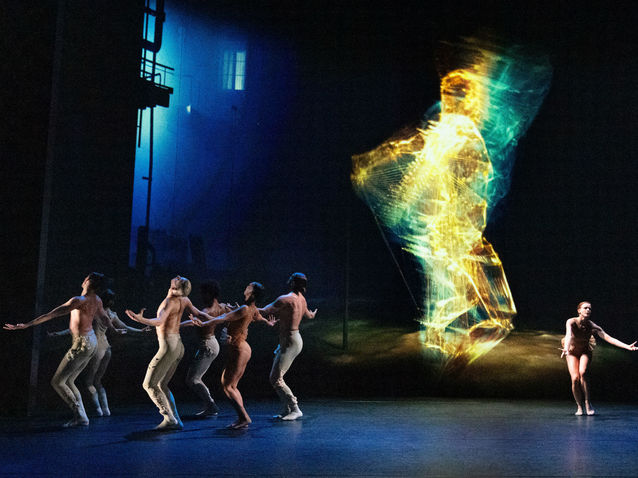 On the Royal Opera House’s website Aisha and Abhaya is listed under both ‘opera and music’ and ‘ballet and dance’ as if to suggest it is a hybrid piece. While, however, it undoubtedly consists of music, dance and film, it is hard to see how it qualifies as an opera since across the hour-long piece only a small amount of (non-operatic) singing features in Ori Lichtik and Gaika’s specially created soundtrack. Nevertheless, this point is made solely for information purposes because what is presented has some merit.

Director Kibwe Tavares’ new work takes The Little Match Girl as its starting point, but turns the protagonist into a refugee fleeing from an unspecified war-torn country in 2017 in order to make her experiences feel more relevant. She is also transformed into two sisters who present different reactions to a shared experience as Aisha represents hope, and thus clings to her memories of home and the past, and Abhaya, who is more inclined to look forward to finding a new life in the city, fearlessness.

The story is told across five chapters: journey, city, before, death and journey. It is initially presented through film as a huge screen comes across the front of the stage in the Royal Opera House’s Linbury Studio. It first shows Aisha (Salomé Pressac) and Abhaya (Maëva Berthelot) in the sea, with close-up cameras making us feel their every choke and splutter as the waves crash against them, before they are washed up on the shore. There they build a shelter before encountering five people and heading with them to a temple carved out of a rock face.

The standard of the cinematography is extremely high as the fabrics in the sisters’ beautiful clothes, designed by Uldus Bakhtiozina, shimmer as different folds in them hit the light. However, the combination of camera shake from the handheld camera, coupled with the screen being so close to the audience, means that were this section to continue any longer some spectators might start to suffer from motion sickness.

As it is, the screen rises just in time to reveal seven dancers (Maëva Berthelot, Daniel Davidson, Edit Domoszlai, Liam Francis, Juan Gil, Guillaume Quéau and Hannah Rudd) who represent Aisha, Abhaya and the five people they have just met. The dancing is provided by Rambert, in a co-production with the Royal Ballet, and is of an extremely high standard. With Sharon Eyal and Gai Behar’s choreography being technically challenging, it can be quite frenetic and hint at mechanistic movement, even though it is far from robotic. Bodies crouch, twist and move crab-like as there is an element of love, including self-love, in the movement as one dancer forms a heart shape with his hands.

The dancing takes place in front of a curved screen with the film first taking us down an infinitely long corridor that lies inside the temple. This phase is followed by one in which the screen is covered with coloured light that feels vaguely reminiscent of the ‘Star Gate’ sequence in 2001: A Space Odyssey. The ‘before’ chapter removes the dancers and reveals the killing of Aisha and Abhaya’s grandmother (Angela Wynter) that forces them to flee through film alone. Later, with the dancers centre-stage once more, they are joined by a myriad more on the screen behind. They begin by crouching, and resembling animal skulls as they do so, before rising to create a mass spectacle. On occasions, Aisha and Abhaya appear to be transformed into light or angels, and at the end this implies a transfiguration.

The dancing often sees six figures doing roughly the same thing, and the seventh something different. There are exceptions to this rule, but nevertheless it is hard to detect the difference in character between Aisha and Abhaya that the programme describes. This means that we fail to engage with, or feel for, the characters as much as we should, leading the piece to come across largely as an abstract work. As a result, while the dancing is deeply impressive, and the production as a whole aesthetically pleasing, Aisha and Abhaya adds up to less than the sum of its parts. 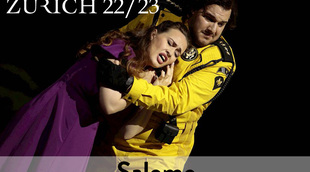