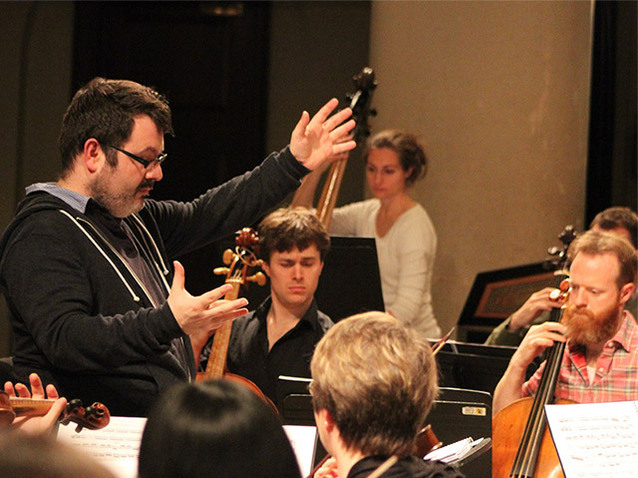 It is highly fitting that the Royal Opera House should present George Frideric Handel’s oratorio Solomon now since its predecessor on the site, the Theatre Royal, Covent Garden, hosted the first performance on 17 March 1749. At the time of its premiere the composer’s decades-long domination of the London opera scene had already come to an end, but his oratorios in English, which he had begun composing while still writing operas, were going from strength to strength.

While opera seria, the form of Italian opera that Handel composed for London, focused overwhelmingly on the soloists, his oratorios saw him mix operatic-style arias with large choruses. They found a wider audience than his operas, whose appeal tended to be more restricted to the aristocratic classes, and Solomon was widely recognised as a eulogy for Georgian England. The just and wise Solomon represented George II and the mighty, prosperous kingdom of Israel reflected the (supposedly) happy state of England at the time.

The anonymous libretto is currently thought to have been penned by the English-Jewish poet and playwright Moses Mendes. It is based on the stories of Solomon from the First Book of Kings and Second Book of Chronicles, although some material also derives from Antiquities of the Jews by the ancient historian Flavius Josephus. The oratorio is not really plot driven, but rather reflects on the justness and wisdom of Solomon through, for example, presenting the biblical story that is today referred to as the ‘Judgment of Solomon’. Some of the occurrences, however, are purposely designed to maximise on the entertainment value for the audience as, for example, Act III sees a state visit from the Queen of Sheba. Here, the people entertain her with a musical masque of choruses that cover a variety of moods, while the Sinfonia that opens the act is now extremely famous and frequently performed on its own.

The performance saw the Orchestra of Early Opera Company, conducted by Christian Curnyn, deliver exceptional playing as it took the Overture, and piece as a whole, at a relatively slow pace, although never one that dragged. This allowed for an expansiveness that enabled every note to shimmer as the control exerted over the sound was impeccable. Such a pace presents more scope for inaccuracies in unity and timing to come to the fore, but here the opposite was the case as the togetherness of both the orchestral and choral forces had the greatest opportunity to be demonstrated.

Act II, which sees Solomon exercise judgment over two so-called Harlots, was especially well rendered. It sees the women argue over a baby, with both claiming to be its mother. Solomon rules that the child be cut in half in order that it might be shared between them, and the Second Harlot is happy with this. The First, however, says she would rather the other took the whole baby than it be slaughtered, with her greater compassion for the boy enabling the King to recognise her as its true mother.

In this performance Sophie Bevan (who also played Solomon’s Queen) combined richness with sensitivity in her soprano to deliver an extremely powerful and moving performance as the First Harlot. As the Second Harlot, on the other hand, Susan Bickley’s tone was imbued with self-righteous glee, with the combination of fullness, clarity and shape also putting her in good stead to play the Queen of Sheba later on. The judgment scene featured immaculate and evocative playing in the interludes between the various vocal sections, while the stagecraft was also compelling. The two Harlots stood next to each other for much of the time so that Bickley could continually eye up Bevan, but for the arias that each sang in turn after Solomon had pronounced judgment, the other sat down so that we could focus solely on the unique response that each provided.

Lawrence Zazzo as Solomon revealed a clear and rounded countertenor that was blessed with exceptional purity at the top of its register, while Ed Lyon as Zadok and Richard Burkhard as Levite were similarly cast from strength. As is the norm for oratorios, there was no staging, but the performance area was decked out with chandeliers and a backdrop of mirrors, thus bringing a sense of enlightenment to the proceedings. The oratorio frequently hands the chorus eight parts (thus dividing it in two) instead of the more usual four, and the Royal Opera Chorus delivered both immensely tight and beautiful singing across quite a disparate range of numbers. It is good to see the Royal Opera include performances of choral works in its current season, and after such a strong performance of Handel’s Solomon one cannot help but look forward to Verdi’s Messa da Requiem on 23 October. 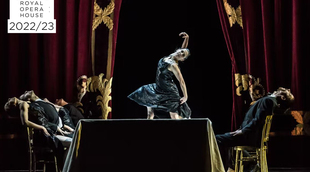 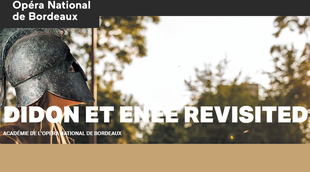