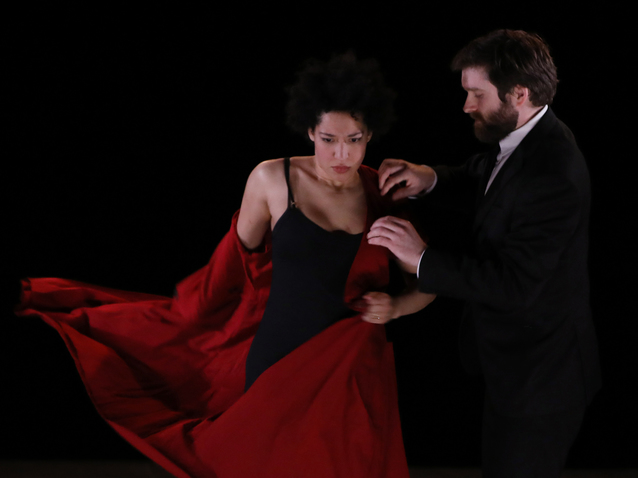 When Robert Schumann wrote his song cycle Dichterliebe in 1840 he originally composed twenty songs. Four of these were then cut before publication to produce the sixteen that we know today. No contemporary records reveal exactly why he decided to exclude them, so composer Bernard Foccroulle and librettist Martin Crimp took this as their starting point to intervene at the points where the songs were removed, and to extend the song cycle, to produce Zauberland. With the original sixteen songs being complemented by sixteen new ones, the work opens up a dialogue between the nineteenth and twenty-first centuries.

The ‘story’, assuming that is the correct term, sees a young pregnant woman forced to flee war-torn Aleppo, leaving behind her family, and settle in Cologne where she has her child and continues her singing career. On the eve of her husband’s death she has a dream in which her singing of Dichterliebe in a concert becomes mixed up with memories of her life in Syria before the war, and the trauma of her journey from the country. 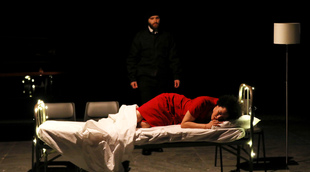 The woman is played by Julia Bullock, who sings the entire Dichterliebe cycle and Foccroulle’s additional music while renowned pianist Cédric Tiberghien accompanies her. Although she starts the performance standing by the piano as any recital might, other figures (three men and one woman in total) soon appear and blindfold her, while over the piece she is repeatedly stripped down to a black petticoat before donning a variety of coats and dresses. In this way, a series of images are silently played out including a bride passing by while three men film her on their phones, the bride being dowsed in petrol and Bullock leaning over the body of her husband.

The difficulty is that, while some of these gestures are designed to be symbolic, as if to represent events that may have happened, their frequent repetition means there is an insufficient sense of progression through the drama. As a result, it is hard to know exactly what we are supposed to be hooking into, and hence what we should be feeling for what we see.

Director Katie Mitchell states that the performance ‘investigates how our Western European society tries to insulate itself from the bigger world events, such as mass migration, and fails to’. However, the focus on an individual, which the performance of a song cycle naturally encourages, coupled with the stylisation inherent in the rendering of the drama does not help us to feel the overwhelming weight of the issue as much as we might. It is fine to say that a work can have multiple meanings, and that it should not be prescriptive by telling us exactly what to think, but here a lack of a clear focus puts us too much at sea. As a result, it creates a sense of detachment from the horrors that are frequently played out, which is a shame since there are many people who have to suffer them today. 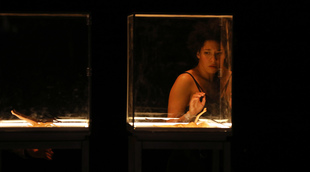 The notion of a magic land, which is presumably the place the woman enters in her dream, comes across well in particular moments such as when nightingales are used as currency. There are also some simple but evocative effects such as the image of three children’s dolls, which should be symbols of innocence, being placed naked on display in transparent boxes so that they introduce a voyeuristic element. However, it is hard to know what is really magic about a place that seems to play out what are every day horrors for some people. The issue is not that a magic land should imply a perfect place, but that such a realm is not best served by spending so much time repeatedly playing out events that can occur in real life.

Nevertheless, there is a refinement to the staging in the sense that there are no crass or overblown gestures, so that the atmosphere is kept tense to an extent as we feel the intimacy of the performance. Musically, the evening is also impressive with Foccroulle making no overt attempt to imitate Schumann’s style with his additions, but nonetheless producing music that feels like a fitting complement to what exists in the original cycle. It is also clear that Zauberland, as a staged work, requires a different approach to the singing as much as the overall performance than Dictherliebe, and Bullock undoubtedly delivers what the piece requires as she gives an extremely heartfelt and emotive performance. No praise could be too high either for the sublime playing of Tiberghien. 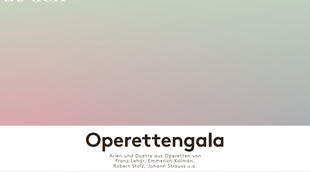